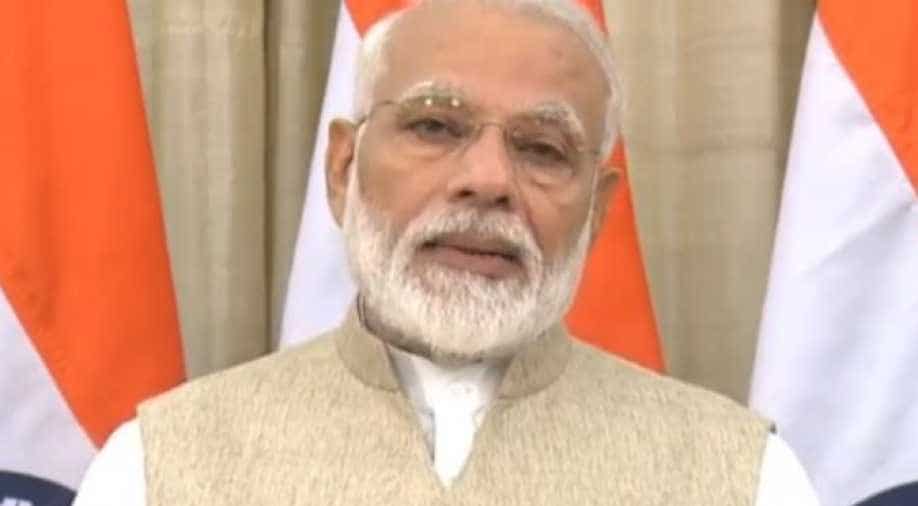 Speaking about how India is changing, the Prime Minister said that for many years a culture was perpetrated in which aspiration had become a bad word.

Prime Minister Narendra Modi on Friday said that New India is about participative democracy, a citizen-centric government, and proactive citizenry.

Speaking at an event organised by a Kerala based media organisation today via video conferencing, Prime Minister Modi said, "The core of new India's spirit is individual aspirations, collective endeavours and a spirit of ownership for national progress. New India is about participative democracy, a citizen-centric government and proactive citizenry. New India is the era of responsible people and responsive government."

Speaking about how India is changing, the Prime Minister said that for many years a culture was perpetrated in which aspiration had become a bad word, doors were open depending upon your contacts, success depended on whether or not you belonged to an old boys club.

Big cities, institutions, and big families were all that mattered. The economic culture of licence raj and permit raj had struck at the heart of individual ambition. But today things are changing for the better.

"We see the spirit of new India in the vibrant startup ecosystem. Thousands of talented youngsters are creating a fantastic platform showcasing a spirit of enterprise. We also see this spirt in the sports field. India is now excelling in arenas where we were hardly present earlier," Modi said.

"Be it startup or sports, who is powering this vibrancy? It is courageous youngsters from small towns and villages, most people not even had heard of. They did not have big bank balances but they have, in plenty, dedication and aspiration. They are converting that aspiration into excellence and making India proud. This for me is the new India spirit," he said.

PM Modi further said that "competence" is going to be the only norm now and not "surnames".

Speaking about the massive changes India has been witnessing, Modi said, "Now, it is common to see people using Wi-Fi facilities in railway stations. Who would have ever thought this would be a reality. The system is the same, the people are the same yet, massive changes have taken place on the ground."

Elaborating on changing India, Prime Minister Modi said, "How the spirit has changed in India can be summed up using just two words. Five years ago, people would ask -will we? Will we ever be free from dirt? Will we ever remove policy paralysis? Will we ever eliminate corruption?"

"Today people say - we will! We will be a Swachh Bharat. We will be a nation free from corruption. We will make good governance a mass movement. The word `will`, which earlier denoted a pessimistic question now reflects the optimistic spirit of a youthful nation," he added.