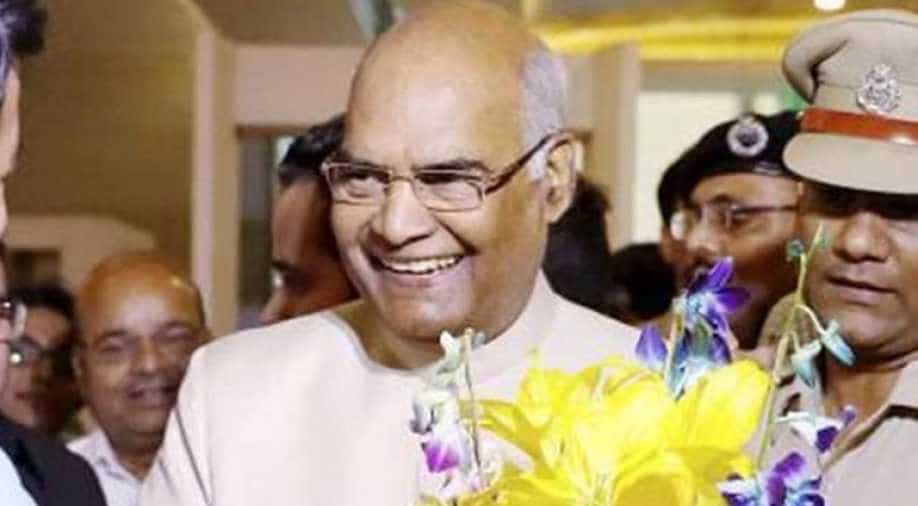 President Ram Nath Kovind on Sunday said the Indian economy is set for a surge in the next decade with the Gross Domestic Product (GDP) size doubling to 5 trillion US dollars probably by 2025.

While inaugurating the platinum jubilee celebrations of the Institute of Chartered Accountants of India (ICAI) here, the President said, "ICAI is celebrating its platinum jubilee just as the Indian economy is set for a surge. In the next decade, probably even by 2025, India is expected to double the size of its GDP to five trillion US dollars."

"The growth in financial and business transactions will mean more work for chartered accountants and place a greater responsibility on you," he added.

Meanwhile, marking the first anniversary of the Goods and Services Tax (GST), President Kovind said GST implementation - among other relevant efforts made by the Centre - has made the Indian society more tax-compliant.

"There has been a sustained effort over the past few years to formalise the economy, enforce rule of law, promote transparency in financial and business transactions, and make India much more of a tax compliant society. The introduction of GST has not been a standalone move," the President said.

"The opening of bank accounts under the Pradhan Mantri Jan-Dhan Yojana for sections of our people who had hitherto not been able to access banking services the very concept of the JAM trinity the push given to digital payments and non-cash transactions as part of the demonetisation process the institution of the Insolvency and Bankruptcy Code the passage of the Benami Transactions (Prohibition) Amendment Act - all of these are aimed at promoting a transparent and smooth financial system," he added.

The President went on to say that the GST has "enhanced reliance on technology and reduced scope for subjectivity".