In a first, CRPF inducts 500 women personnel to counter protesters in Kashmir 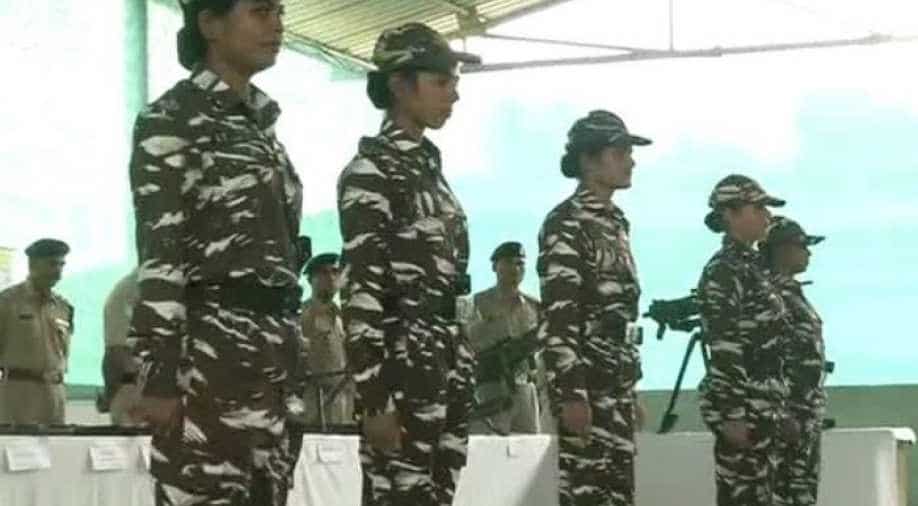 Breaking yet another glass ceiling, a special contingent of about 500 women CRPF personnel has been brought to Kashmir valley for regular security duties and tackle the unruly crowds and stone-pelters, a senior officer of the paramilitary force said.

The women personnel, largely in constable ranks, are based at Central Reserve Police Force recruit training centre in Humhama in the summer capital of Jammu and Kashmir and are being trained in counter-riot and anti-militancy operations.

“This is the newest theatre of operations where women personnel have been brought in. This is the maiden team of women personnel in the Kashmir valley. A few years back, the CRPF women troops were inducted into the anti-naxal operations grid in Chhattisgarh and Jharkhand,” the officer told PTI.

He said the women, after their 45-day induction training and combat-stress inoculation, will be deployed in the valley to tackle stone-pelters and protestors, including women.

It was believed that the special anti-riot wing of the paramilitary force – the RAF – could be brought into the valley to tackle violent protests by civilians and stone-pelting incidents but that was not found feasible, he said.

“It was then decided why not induct women to tackle these situations faced by CRPF units in the valley on a regular basis. These 500 women personnel will be deployed in downtown Srinagar and other parts of the valley very soon,” he said.

The women, according to their training officer Manju K, were now familiarising with the topography of the valley, Srinagar town and are being trained to handle “less-lethal” ammunition and weapons such as rubber bullets, pellet guns, pump-action guns and tear gas shells and PAVA shells, a chilli-based non-lethal munition.

They will also be armed with regular assualt and lethal weapons such as the AK-series rifles and the INSAS so that in case of a terrorist attack they can retaliate, take the opponent down and defend themselves, the training officer said.

A fresh lot of body protectors and bullet-proof armour is also being procured for the special women squad inducted for operations in the valley for the first time, the officer said.

It was thought, the official said, by CRPF commanders that with instances of women and girls undertaking pitched battles with security forces and targeting them with stones, it will be wise to deploy women personnel to counter them.

“There are women personnel in regular CRPF and Rapid Action Force units in all parts of the country so why not in Kashmir? The women were inducted into these combat forces with the belief that they are as good as their male counterparts,” the officer said.

Constable Nita K, who is a part of this squad, told PTI she and her colleagues are taking special training sessions to understand the security situation and the response mechanism.

“The focus of the training is to ensure that there is no collateral damage during action from our side and that force is used rationally as those whom we face are our countrymen and youngsters who are misled. Tacking stone-pelters and protestors, both men and women, will be a special task for us,” the trooper from Jharkhand said.

The training officer said the force has started building accommodation and other infrastructure for the women personnel at its camps in the valley and they will be deployed in combination with regular CRPF units working there for decades.

Mobile toilets and troop carriers are also being brought in to aid the female troopers, he said.

The CRPF, India’s largest paramilitary force with about 3 lakh personnel, has about 60 battalions deployed in Jammu and Kashmir for law and order and counter-militancy operations.