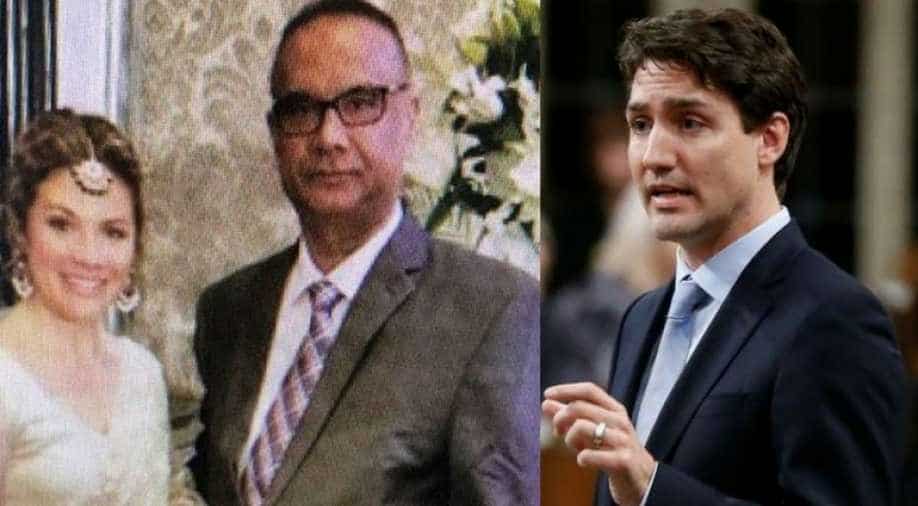 A former Sikh militant apologised today for causing embarrassment to Canadian Prime Minister Justin Trudeau during his trip to India.

Jaspal Atwal, who was part of a movement that supported an independent Sikh nation in the 1980s and went to prison for the attempted murder of a visiting Indian minister in 1986, was invited to a dinner with Trudeau in New Delhi causing consternation among his hosts.

Trudeau's visit to India had already been dogged by suspicions that Canada was soft on Sikh separatists.

"I am sorry for any embarrassment this matter has caused to Canada, India, my community and my family," the 62-year-old told a news conference.

"I renounce any form of terrorism," he said. "I do not advocate for an independent Sikh nation. I, like the vast majority of Sikhs who once advocated for this cause, have reconciled with the nation of India."

Since his parole, Atwal said he has engaged broadly in politics on behalf of the Indo-Canadian community, and visited India numerous times including three visits over the past year, each time "with the full permission of the Indian government."

"There were also no restrictions placed on me by Canada so that I could not travel," he added.

Before his latest trip, Atwal said he reached out to his local member of Parliament, Randeep Sarai, to ask if he could attend a reception with Trudeau in India.

The controversy has continued to hound Trudeau since his return to Canada, with opposition parties and editorialists heaping scorn on the prime minister over the misstep.

Sarai, meanwhile, has been stripped of his responsibilities within the Liberal caucus.