Tough for actors to make a place for themselves today: Madhuri Dixit 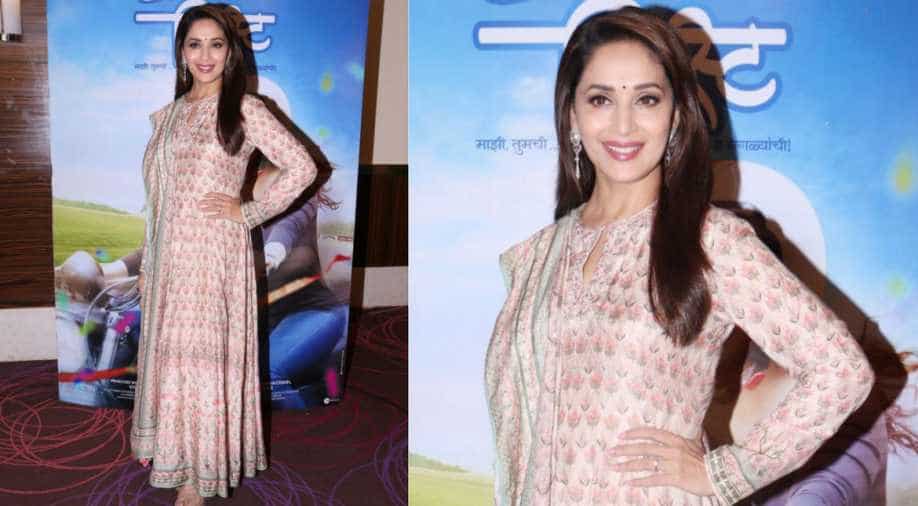 Madhuri Dixit Nene believes with cinema not being the only source of entertainment in today's digital world, it has become tougher for the young generation of actors to establish themselves.

Madhuri, who has been one of the most popular female actors in Hindi film industry, said audiences have lots of distraction now.

"Today, there is so much distraction for people, like Netflix, etc... There is so much clutter. So, to make a place for yourself is difficult," Madhuri told PTI.

"Earlier, only movies were the mode of entertainment, but today there are a lot of other things as well, so to make your own image is all the more difficult," she added.

The 51-year-old actor was last seen on-screen in 2014 in two films- 'Dedh Ishqiya' and 'Gulaab Gang'. She is now back with a Marathi film titled 'Bucket List'.

Madhuri will also be seen in 'Total Dhamaal' alongside Anil Kapoor and Ajay Devgn and with Sanjay Dutt in Karan Johar production 'Kalank'.

"'Bucket List' is a simple story of an ordinary housewife. We have not added any extra element. We have not compromised. 'Total Dhammal' is full on comedy, there is madness in the film. 'Kalank' is a classic film. I am excited about all the film," she said.

Apart from her movie projects, Madhuri is back on the small screen as a judge on dance reality show 'Dance Deewane'.

"I don't think I would like to try any reality show other than dance. As I feel dance is close to me, it is synonymous with me. I enjoy it. I enjoy watching people dance," she says.

"This show ('Dance Deewane') is super fun as it has three generations of people dancing on stage - son, father, and grandfather can also dance. This show has no age limit, we just want to see their Deewangi and how they dance," she added.

On the debate over kids participating in reality shows and their alleged exploitation, Madhuri said, "There are two ways of looking at it, one is this (exploitation) and the other is that there is so much talent in them and they are getting an opportunity to present it, so you can look at it both ways."

Director Shashank Khaitan and choreographer Tushar Kalia are also serving as judges on the show that will be aired on Colors channel from June 2.