Kajol, Karan Johar patch up as they arrive for the Ambani party together 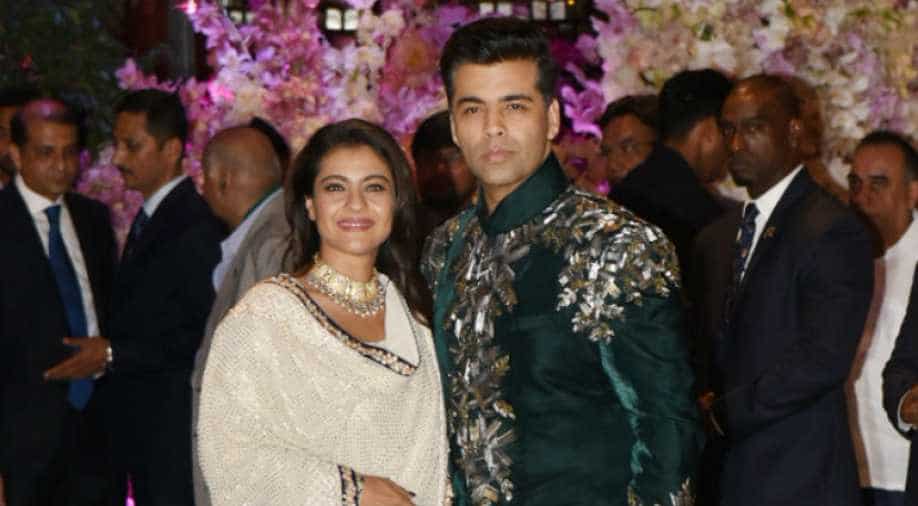 Karan Johar and Kajol pose as they arrive for the Ambani party on Saturday night, (Photo by Yogen Shah) Photograph:(WION Web Team)
Follow Us

A few years back, as Karan Johar's 'Ae Dil Hai Mushkil' and Ajay Devgn 'Shivaay' clashed at the Box Office, the filmmaker and the actor had a very public spat. Devgn had accused Johar of sabotaging the reviews of 'Shivaay', thereby hindering its business.

Johar in his memoir 'The Unsuitable Boy' had mentioned how the friendship that he once shared with Devgn's wife Kajol had turned sour post this incident and had categorically mentioned that he would not want to patch things up and that how the actress was no longer a part of his life.

Cut to July 2018. Karan Johar and Kajol walked in together at the Ambani bash together. The once best friends seemed to have patched up as the two happily posed for shutterbugs before entering Antilla for Akash Ambani and Shloka Mehta's engagement party. As the two posed, the news of their fall out seemed to have been a thing of the past. News of their patch up, in fact, first came in 2017 as Kajol went and liked a photo of Johar's twins and Johar later followed her on Instagram. Sources close to the actress state that it was Kajol who extended the olive branch towards Johar and invited him over for a private bash to her place sometime last year.

The two since then, have often indulged in conversation on social media- commenting on each other's photos even.

On Saturday, Kajol and Karan Johar made their first public outing together post patch up. Johar even shared a photo of the actress and SRK together which left the internet asking KJo to cast the popular pair in a film together.

Now that the two seemed to have patched up, here's hoping the wish of seeing Johar directing the actress once again in a film comes true.