Did not talk about Atwal: Justin Trudeau after meeting with PM Modi 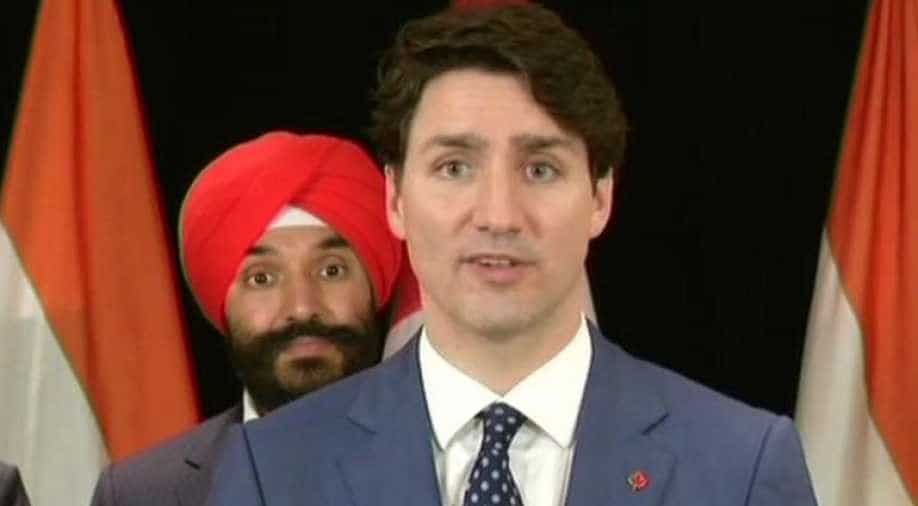 Visiting Canadian Prime Minister Justin Trudeau said on Friday that he and Prime Minister Narendra Modi did not talk about Khalistani terrorist Jaspal Atwal during their meeting.

"We did not talk about Jaspal Atwal," the Canadian prime minister said when asked whether he spoke to PM Modi about Jaspal Atwal whose dinner invitation by Canada's visiting PM Justin Trudeau was cancelled after an uproar.

Justin Trudeau said the dinner invite to the Khalistani terrorist was 'unacceptable' and that he would be meeting the MP who extended the invitation.

"Obviously the situation was unacceptable. Like I said yesterday this individual should have never been invited and the MP (Member of Parliament) responsible has taken responsibility. I would be having a conversation with the MP in Canada," the Canadian PM added.

Asked about the list of "suspected extremists" by the Punjab government and the centre, Justin Trudeau said the list had been passed to intelligence officials who would go through Canadian procedures.

"We regularly receive info on people of interest and make appropriate follow-ups on them. No further comment to make on the list, passed it to our intelligence officials who'll go through Canadian procedures," the Canadian PM said.

Also read - No space for those who misuse religion for political motives & separatism: PM Modi

The Canadian prime minister said he was happy to be able to meet Punjab Chief Minister Amarinder Singh.

"I am pleased to be able to refresh and renew the relationship between the Canadian government and the Punjab chief minister.We know it's a relationship important to many Canadians.We will continue to look for ways to deepen investment to move forward and there are many steps to come to improve that relationship," he said.

On a lighter note, Justin Trudeau also spoke about his wearing Indian attire and said the response of the people whether he wore Indian or western clothes was "extremely encouraging in Indo-Canadian friendship."

"I've long been known to wear traditional clothes to a broad range of events in different communities in Canada and elsewhere. The reaction of people on whether I'm wearing traditional clothing or suit and tie is extremely encouraging in Indo-Canadian friendship," said the Canadian prime minister who made a series of appearances in Indian attire during his visit.