Delhi's Akbar Road 'renamed' after Maharana Pratap on his birthday 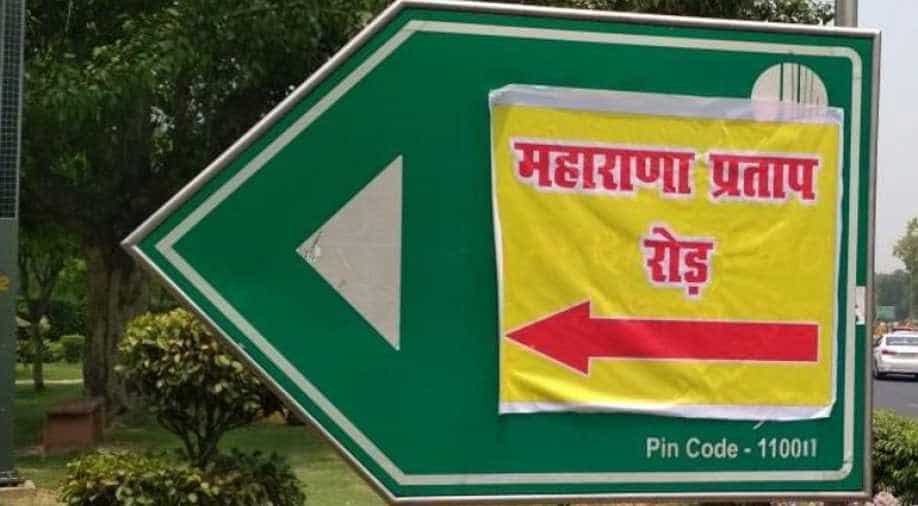 The miscreants responsible for defacing the signboard have not been identified so far. Photograph:( ANI )

The poster was removed by the police today.

The miscreants responsible for defacing the signpost have not been identified so far.

A senior police official said that the patrolling staff saw the poster and removed it.

The police official said that the patrolling staff was awaiting a complaint from the New Delhi Municipal Corporation (NDMC) in order to register a case.

May 9, incidentally, happens to be the birth anniversary of Rajput king Maharana Pratap who was involved in a prolonged war with Akbar after he refused to accept Mughal suzerainty.