Unfortunate that police not taking action despite complaints: SC on Delhi sealing 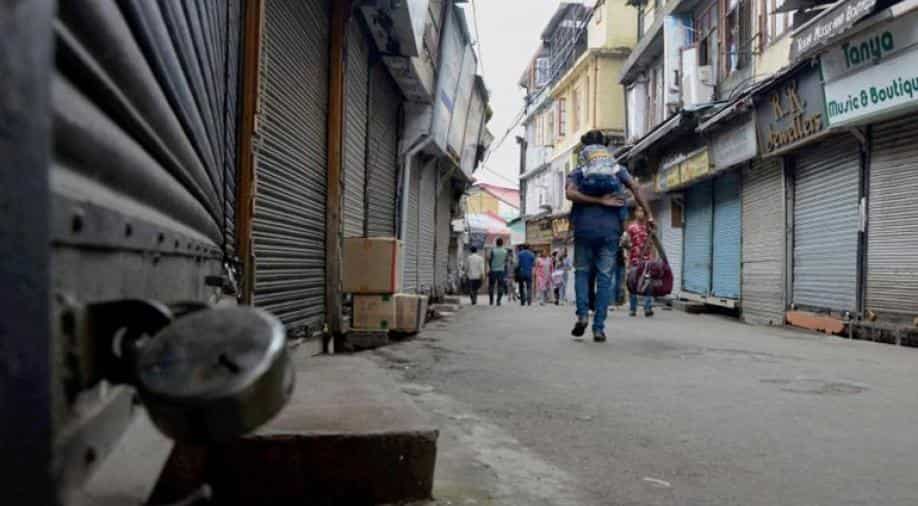 Engineers of municipal corporations in Delhi had complained that police has not taken action in some cases where seal put on the buildings were removed by private persons.

The Supreme Court said Wednesday it was an "unfortunate situation" that Delhi Police was not taking action against those who have tampered with seals put on the premises having illegal constructions and observed that people were taking law in their hands due to this.

A bench headed by Justice Madan B Lokur said this after the court was informed by engineers of municipal corporations in Delhi that police has not taken action in some cases where seal put on the buildings were removed by private persons.

"This is a rather unfortunate situation where the police did not take action due to which some persons take the law into their hands," said the bench, which also comprised Justices S Abdul Nazeer and Deepak Gupta.

The counsel appearing for engineers of the civic bodies told the bench that there were cases where they seal some building but the private persons de-seal it.

When he said that they have lodged complaints with the police in this regard, the bench asked, "Why the police have not taken any action?".

The lawyer said that in some cases, police has taken action while in some other matters, no action has been taken.

The bench asked the counsel to give a list of cases within a week where police have not taken any action despite complaints being lodged in the matter.

During the hearing, the bench also dealt with the matter related to contempt notice issued to Delhi BJP chief and Member of Parliament Manoj Tiwari for allegedly breaking the seal of premises in Gokalpuri area here which was being run in violation of the Delhi Master Plan.

The bench told senior advocate Vikas Singh, appearing for the MP, that Tiwari has filed his reply to the contempt notice but its copy has not been given to the amicus curiae who is assisting the court in the Delhi sealing matter.

The court asked Tiwari, who was present in the court, to supply the copy of his reply to the amicus and posted the matter for hearing after 10 days.

It directed Tiwari to remain present in the court on the next date of hearing.

In his reply, Tiwari has said that he had broken the seal of a premise here as a "symbolic protest" against the illegal activities of officials of the East Delhi Municipal

Corporation (EDMC) and was willing to accept the role of 'sealing officer' as suggested by the apex court.

During the hearing, the bench also dealt with the issue relating to the encroachment of forest land and water bodies here which was raised by the court-appointed monitoring committee in its report.

The counsel appearing for Delhi government said that they would file an affidavit within two weeks in this regard.

The lawyer said that water bodies in Delhi have to be retained and encroachment on forest land would be cleared.

The Ministry of Water Resources also filed an affidavit in the apex court in the issue of depletion of ground water in Delhi.

The court said these issues would be taken up for consideration after two weeks.

On September 25, Tiwari had appeared before the court in pursuance to the contempt notice issued to him for allegedly breaking the seal of premises.

The court had directed him to file an affidavit within a week explaining why contempt proceedings not be initiated against him.

An FIR was lodged against him by the East Delhi Municipal Corporation for allegedly breaking the seal of the premises.