Agni-V, which has range till China, to be inducted soon 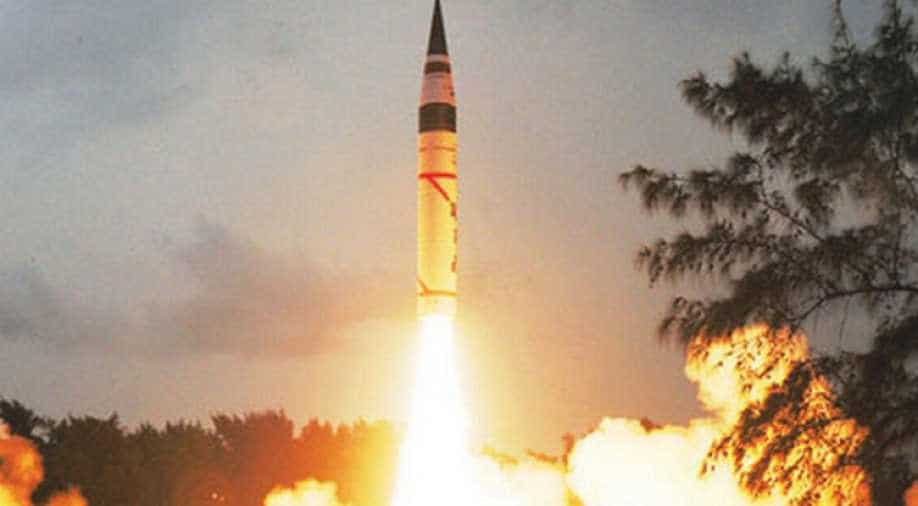 India is in the process of inducting the first batch of its intercontinental ballistic missile system -- Agni-V -- which will bring targets across China within its range, and is expected to significantly bolster the country's military prowess.

The missile system, with a strike range of 5,000 km and capable of carrying nuclear warhead, is being inducted into the elite Strategic Forces Command (SFC), official sources said.

They said a series of user trials is being conducted before the country's most sophisticated weapon is handed over to the SFC.

Defence experts said the missile is capable of bringing targets across China, including its prominent cities like Beijing, Shanghai, Guangzhou and Hong Kong, under its range.

Last month, Agni-V was successfully test-fired off the Odisha coast and the sources said a number of other pre-induction tests are being planned in the next few weeks.

"It is a strategic asset which will act as a deterrent. We are at the fag end of the strategic project," said an official, who is part of the Agni-V programme.

He said it is the most advanced weapon in its series as it has latest technologies for navigation and its capability of carrying nuclear warhead is much superior.

The first batch of Agni-V will be handed over to the SFC "soon", the sources said, while declining to elaborate further on the closely-guarded defence project.

The missile is being inducted at a time when India's neighbourhood is witnessing evolving security threats.

Very few countries, including the US, China, Russia, France and North Korea, have intercontinental ballistic missiles.

The fifth test was held on January 18. All the five trials were successful.

As part of its efforts to enhance the country's defence capabilities, the government is also working on several key projects including integrating the Brahmos supersonic cruise missile on 40 Sukhoi combat aircraft.

The air-launched variant of the Brahmos, the world's fastest supersonic cruise missile, was successfully test-fired from a Sukhoi-30 combat jet on November 22, marking a major milestone to enhance the precision strike capability of the air force.

The defence ministry is now expediting the process to integrate the Brahmos missile on 40 Sukhoi combat aircraft.

The fleet of 40 Sukhoi jet is undergoing structural modifications at the State-run aerospace major Hindustan Aeronautics Ltd (HAL) for integration of the missile on them.