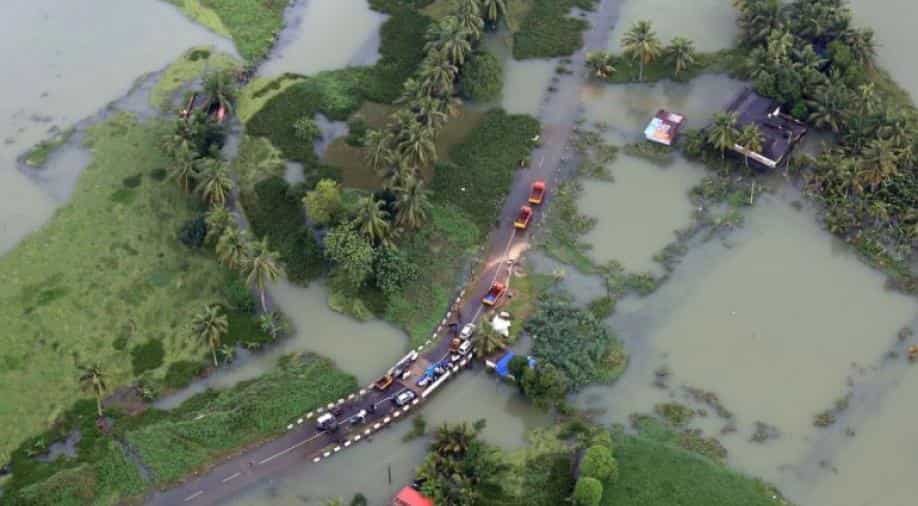 The chief minister also launched a portal for crowd funding as part of the government's efforts to mobilise funds for rebuilding and rehabilitating the people affected by the flood in the state.

An advisory committee headed by Kerala Chief Minister Pinarayi Vijayan has been set up for implementation of various projects for rebuilding the flood-ravaged state.

Announcing this at a press conference here, Vijayan said the committee, comprising Union Tourism Minister Alphons Kannamthanam, would give advice for implementing the projects.

Leader of Opposition in Kerala Assembly Ramesh Chennithala, T K A Nair, who served as advisor to former prime minister, and former state chief secretary K M Chandrasekhar are among the other members of the committee, he said.

The first meeting of the committee would be held on October 22, the chief minister said.

Besides this, a high-powered committee would monitor the implementation of the projects approved by the state cabinet, he said.

The chief minister also launched a portal for crowd funding as part of the government's efforts to mobilise funds for rebuilding and rehabilitating the people affected by the flood in the state.

Vijayan is scheduled to leave for some of the Gulf countries on Wednesday as part of the efforts to mobilise funds from Kerala expatriates there.

Seventeen of the 20 state ministers have also planned to visit different countries in the Gulf and Europe to mobilise funds.

However, the Centre has approved the foreign visit of the chief minister alone so far.

Answering a question in this regard, Vijayan said the state government had expected that the Centre would give sanction for the ministers also.

The state had witnessed the fury of the southwest monsoon in August which claimed 493 lives and left a trail of destruction in several districts, displacing lakhs of people.

The LDF government had last month decided to raise Rs 15,900 crore as loan from the World Bank, Asian Development Bank, and other funding agencies to rebuild the prime sectors of the state.