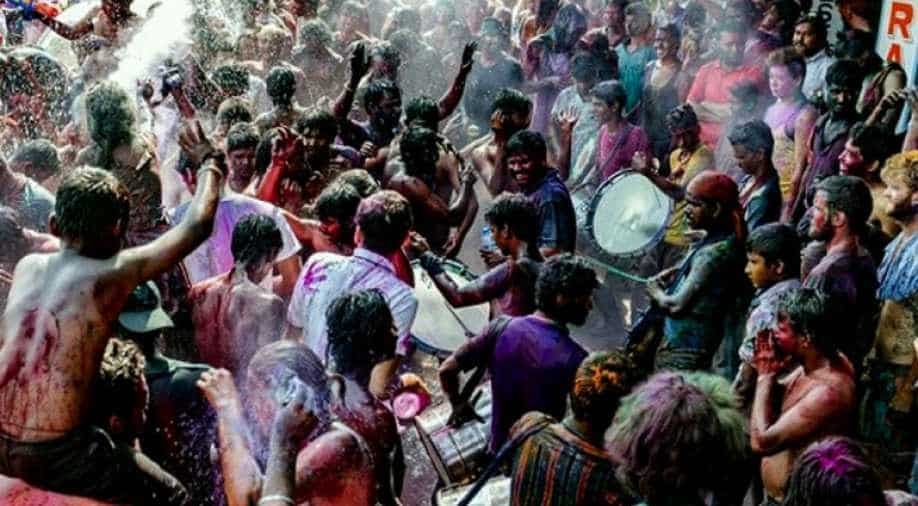 More than 12,000 people were booked by the Delhi Police on Holi for different traffic violations in the city, even as the police control room (PCR) received over 77,000 distress calls.

The number of calls received by the police this Holi registered over 100 per cent growth as compared to 2017 when 35,474 such calls were received.

The police control room received a total of 77,805 calls from the morning of Holi till the next morning this year. Over 51,000 of these were blank calls, said a senior police officer.

Most of the distress calls responded by the police were related to quarrels, he said.

"Police responded to 20,973 distress calls, including 14,339 complaints of quarrel on minor issues in different parts of the city," the officer said.

Around 5-6 per cent calls were related to accidents, he said.

According to the data by the Traffic Police, a total of 12,626 persons were prosecuted for different traffic violations, including drunken driving.

Bikers and other two wheeler riders gave us a hard time by rash driving, not wearing helmets and tripling, said a traffic police officer.

Traffic police personnel were deployed at all major intersections and vulnerable points in the run up to the festival. A total of 9,848 challans amounting to Rs 13,95,800 was collected from the law-breakers, he said.

Court challans were issued to 2,778 violators while 1,267 vehicles were impounded, he said.

A total of 678 people were booked for driving under the influence of alcohol, the officer said.

Over 5,000 bikers were booked for not wearing helmets, while 1,209 were fined for triple riding, he said.

Other violations like red light jumping, dangerous driving, over-speeding among others were also checked by the traffic police.

The Delhi Police had made elaborate arrangements to prevent any untoward incident during the Holi celebrations and deployed a huge number of personnel to maintain law and order, and prevent violation of traffic rules in the city.