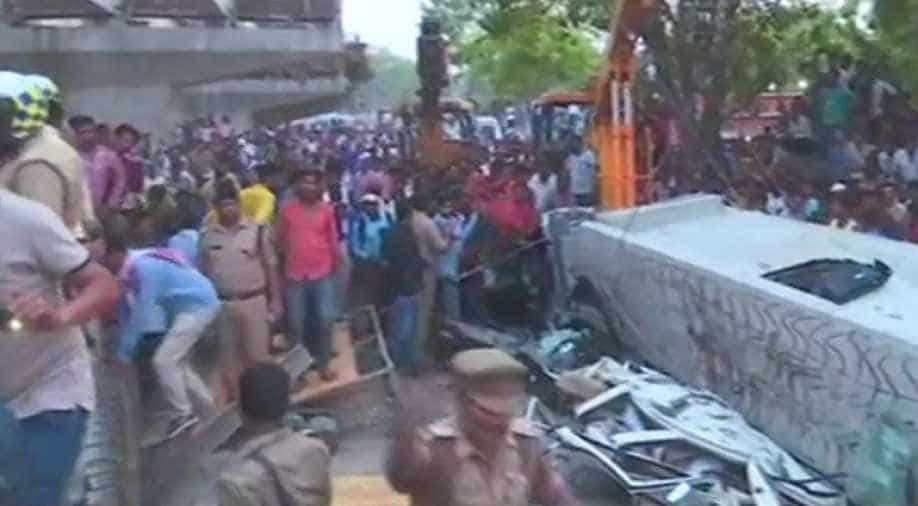 At least 18 people died after a portion of an under-construction flyover collapsed Tuesday in Varanasi, Uttar Pradesh.

Authorities fear the death toll could go up since a number of construction workers working on the site are said to be trapped in the rubble.

The relief commissioner said bodies of at least 16 people were recovered from the site while three people were safely rescued.

UP Chief Minister has announced a compensation of Rs 5 lakh for family members of those who died in the accident while Rs 2 lakh for those who got serious injuries.

News reports said the flyover was a kilometre long.

An eyewitness to the incident said that 4 four wheelers, an autorickshaw and a minibus were crushed in the collapse.

Yogi Adityanath also said that five teams of NDRF (250 jawans) with full equipment were rushed to the spot of accident.

I was at a distance of 50 m from the flyover when it collapsed, trapping people under it. 4 four-wheelers, an auto-rickshaw & a minibus were crushed by it. The help came after an hour: Eye-witnesses at Varanasi's Cantt area where portion of under-construction flyover collapsed. pic.twitter.com/Q70kiNUSHK