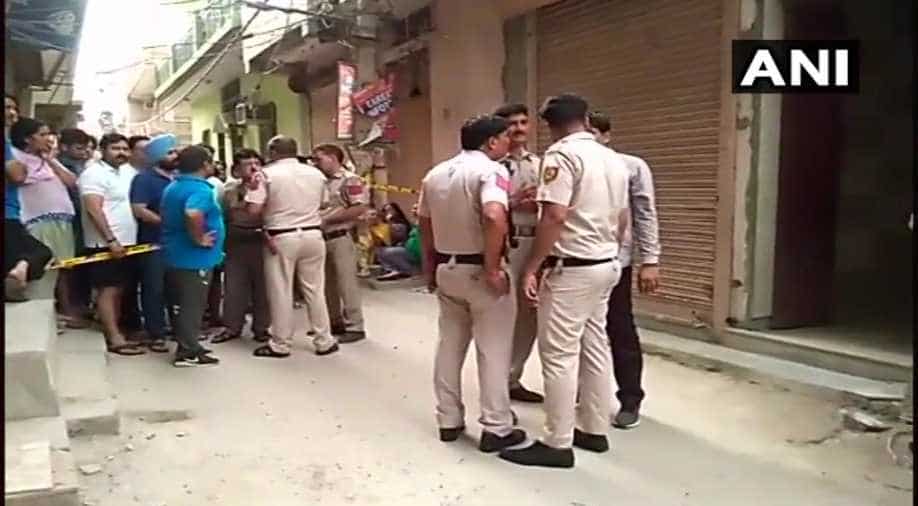 Bodies of 7 women and 4 men have been found at a house in Delhi's Burari. Photograph:(ANI)
Follow Us

In a shocking incident, Delhi police recovered 11 bodies from a house in Burari, Delhi on Sunday morning, in a suspected suicide case.

The family ran a grocery shop and plywood business out of their double-storey home in Burari's Sant Nagar. The shop usually opens by 6 every morning, but when it didn't till 7.30 today, a neighbour went to check on the family and was shocked to find most of them hanging from the grill ceiling.

He informed the police, who rushed to the spot and cordoned the area.

Police are currently scanning the CCTV footage from the area.

The matter is being investigated from all possible angles, said Delhi Police on Sunday.

According to Rajesh khurana, Joint CP Central Range, Delhi Police, "Bodies of seven women and four men, including three teenagers have been found. We are investigating from all possible angles, we are not ruling out anything."

As per sources, all were from the same family. Sources further said that 10 bodies were found blindfolded and hanging from a railing in the house and one was found lying on the floor.

No suicide note has been recovered yet.

Bodies of 7 women and 4 men including three teenagers have been found. We are investigating from all possible angles, we are not ruling out anything: Joint CP Delhi, on bodies of 11 people found at a house in Delhi's Burari pic.twitter.com/apdRPL5w8r