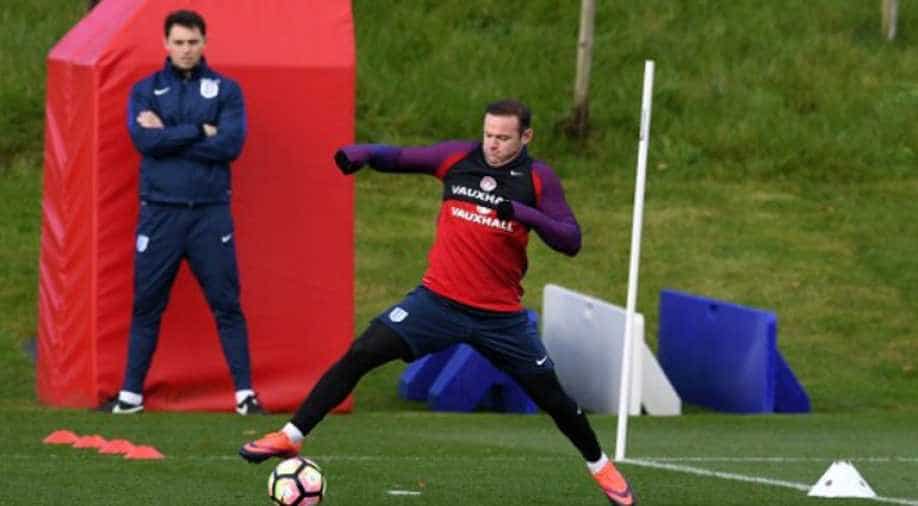 Rooney had returned to the team for Friday's 3-0 win over Scotland in World Cup qualifying. Photograph:( AFP )

England on Monday confirmed that Liverpool midfielder Jordan Henderson will fill in as captain after injured skipper Wayne Rooney remained doubtful for the year-end friendly against Spain.

Interim manager Gareth Southgate told media that Rooney and left-back Ryan Bertrand were the only players absent from training at Tottenham Hotspur's north London training base on the eve of Tuesday's meeting with Spain at Wembley.

"Both are being assessed. They had minor issues this morning so we'll have a look at them as the game goes on," Southgate told his pre-match press conference at the Tottenham training ground.

"Obviously they weren't able to train so they must be a doubt, but until we look at them we won't know for sure."

Rooney had returned to the team for Friday's 3-0 win over Scotland in World Cup qualifying.

England had earlier ruled out Harry Kane, the Tottenham striker with an ankle ligament problem.