Rajinikanth and Akshay Kumar starrer '2.0' set to release in 56,000 screens in China 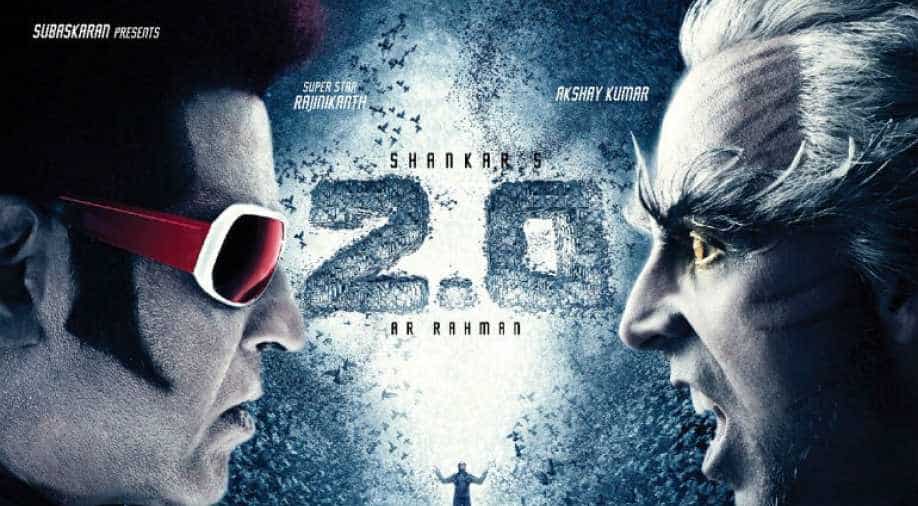 The 3D sci-fi film has Rajinikanth and Akshay Kumar in the lead roles. Photograph:( Others )

There’s no stopping for Rajinikanth starrer ‘2.0’ that has been making noise all over the world. The film has already crossed Rs 400 crores in its first week in worldwide box office collections and plans on getting a major release in China to tap that market. It has had the 7th best opening of 2018 for an Indian film. It also recorded the highest opening for a film in 2018 with respect to its Day 1 collection.

In a statement, Lyca Productions confirmed the news. They will release the film in association with HY Media in China. Out of 56,000 of the total screens, at least 47,000 will be playing the sci-fi thriller in 3D format. Read the film's review here.

The statement said: "2.0’ will release in China in May 2019 and it will be the widest 3D release for any foreign language film in history.”

The film is a sequel to director Shankar’s 2010 blockbuster ‘Enthiran’ which has been produced by Lyca Productions and was released in Tamil, Telugu and Hindi on November 29. It has superstar Rajinikanth in three avatars.

Bollywood star Akshay Kumar plays the role of an antagonist accompanied with Amy Jackson, Adil Hussain and Sudhanshu Pandey. With this, he marks his debut in South Indian film industry.

The film is one of the most expensive Indian films ever made.

In another news, Madras High Court blocked 12000 websites to prevent film piracy on the day of its release and yet some sites managed to leak the film.