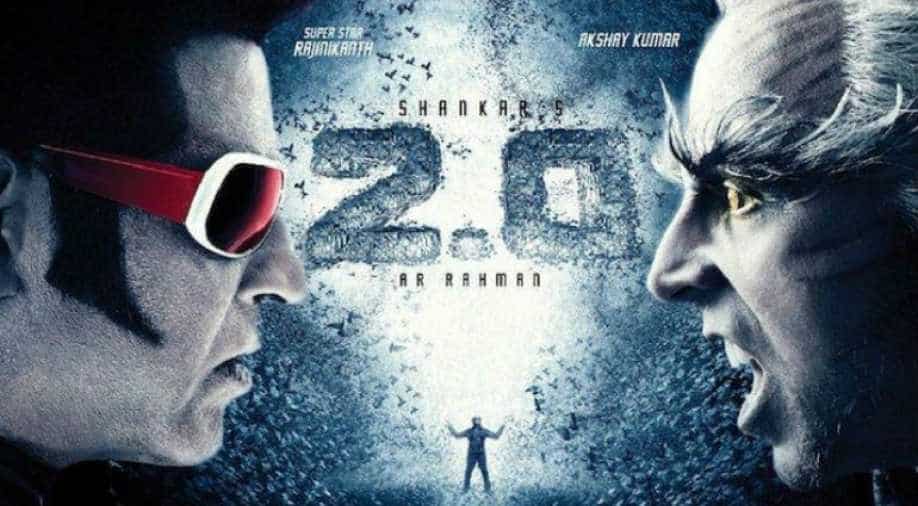 ‘2.0’ has so far registered the highest opening of 2018, beating Aamir Khan’s ‘Thugs of  Hindostan’ which had collected Rs 52 crore (all versions).

Rajinikanth and Akshay Kumar starrer ‘2.0’ started on a good note yesterday as the film saw a good number of people lining outside the theatres to catch the show. Despite being a mid-week release, ‘2.0’ saw people dancing inside cinema halls, hooting and praying for Rajinikanth; so that his film becomes a blockbuster hit. Read review here.

‘2.0’is the sequel to 2010 blockbuster ‘Enthiran’ that had Rajinikanth play the role of a doctor Vaseegaran and a robot, Chitti. This film also has Akshay Kumar who plays an antagonist, in what happens to be his Tamil debut. Also read: '2.0': Madras High Court blocks 12000 websites to prevent film piracy

‘2.0’ has so far registered the highest opening of 2018, beating Aamir Khan’s ‘Thugs of  Hindostan’ which had collected Rs 52 crore (all versions). The total India collections of ‘2.0’ (all versions) for Day 1 is reported to be around Rs 73.5 crore.

Trade analyst Taran Adarsh spoke highly of the film’s opening and said: “I would say the opening is very good. Please note it opened on a Thursday and still managed to break records despite advance booking opening late.”

#OneWordReview…#2Point0: BLOCKBUSTER.
Rating: ⭐️⭐️⭐️⭐️⭐️#2Point0 is a cinematic marvel... This has style with substance... Director Shankar is a visionary... He hits the ball out of the park this time... Akshay Kumar is FANTASTIC, while Rajinikanth is THE BOSS... SALUTE! pic.twitter.com/cPFZxhjsph