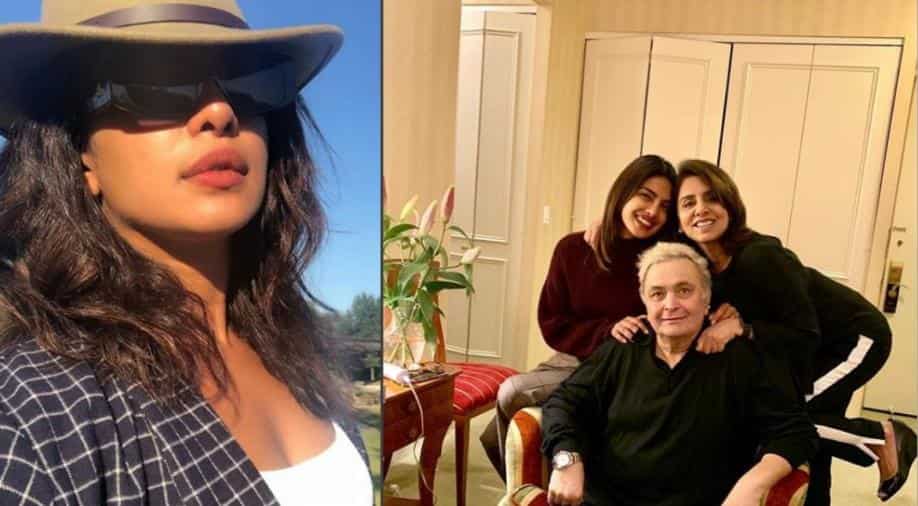 Recently, Rishi Kapoor had also met his pal- Anupam Kher on the streets of New York.

Priyanka Chopra flew to USA to see Rishi Kapoor, who has been under medical treatment for a month.

The award-winning film,'Pahuna's' producer, Priyanka Chopra had shared a photo on Instagram where Rishi Kapoor was seen seated on a couch, accompanied by wife Neetu Kapoor.

Was so good seeing you both @neetu54 #RishiKapoor laughter and smiles as always!! ❤️🙏🏽

Recently, Rishi Kapoor had also met his friend from Bollywood, Anupam Kher on the streets of New York.

Rishi who was rumoured to be suffering from cancer has coloured his hair blonde. He has been undergoing medical treatment since many days and hence was also unavailable at Krishna Raj Kapoor's funeral.