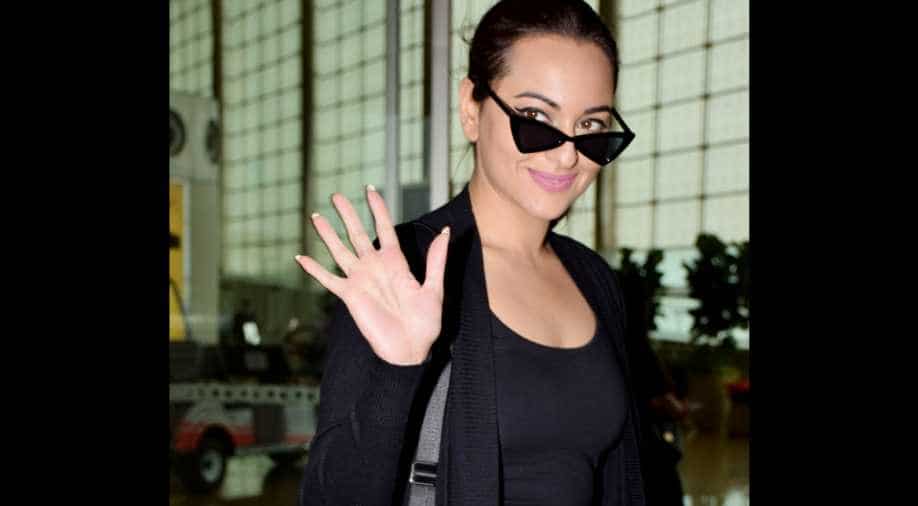 An event organiser accused the actress of not turning up for an event in Delhi at the last moment after accepting a booking amount of Rs 24 lakh.

Sonakshi Sinha has courted a new controversy after the police visited her house in Mumbai in connection with a case registered against her for cheating.

An event organiser accused the actress of not turning up for an event in Delhi at the last moment after accepting a booking amount of Rs 24 lakh.

An FIR under sections of cheating is registered in Uttar Pradesh's Moradabad.

On Thursday, the UP Police, assisted by officials from the Juhu police station in Mumbai, reached Sonakshi's home to take her statement regarding the case. According to reports, Sonakshi was not at her residence at the time when the police went to her house. They are likely to visit the actress again on Friday.

Speaking on the case, Sonakshi's spokesperson said, "In her nine years long career, she has only worked with complete honesty and sincerity. What this man is accusing her of is completely untrue and baseless. This is just a way of extortion by maligning her spot free reputation in the press and it is not something that Sonakshi and her team will succumb to. She is a thorough professional and we have been more than cooperative with whichever authorities that have gotten in touch with us because we have nothing to hide." Sonakshi had earlier refuted the charges and said that she cancelled the event because of non-payment.

Sonakshi also has Salman Khan's ‘Dabangg 3’ in which she will be seen reprising the role of Rajjo from the previous Dabangg films. She is also said to be signed for ‘Bhuj: The Pride Of India’.