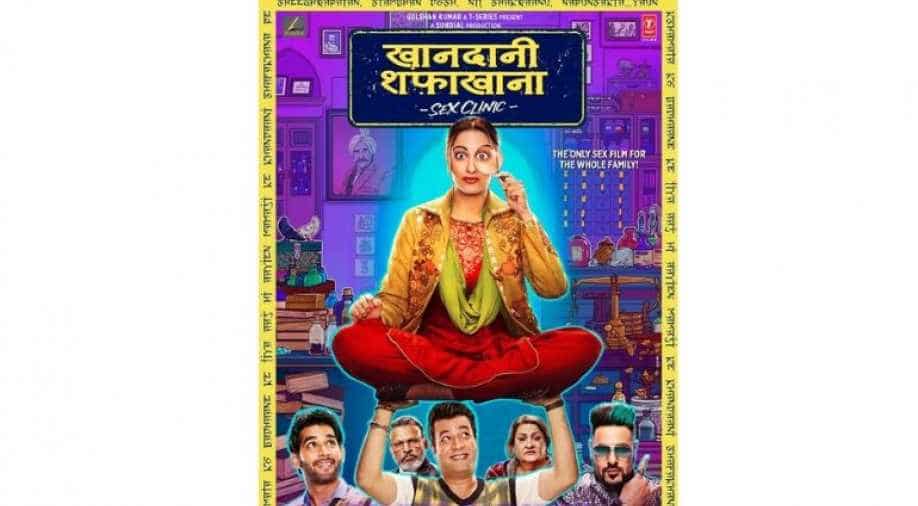 Singer Badshah makes his acting debut in this one.

'Khandaani Shafakhana' is a humorous take on sex and the social taboo around sexual disorders.

The trailer shows Sonakshi taking over her uncle`s `Sex Clinic` after he apparently passes away and leaves the clinic in her name. Varun Sharma aka `Choocha` essays the role of Sonakshi`s brother who seems eager to get married.

Amid humorous one-liners, The 2.42 minutes trailers show Sonakshi Sinha confronting the society on the topic of sex and the related disorders.In a bid to break the taboo, Sonakshi seeks the help of singer-rapper Badshah who is famous in the area thinking that people will listen to him.

The trailer ends with Badshah asking for the medicine with teary eyes hinting that he is also suffering from the disorders.

Two days ago, the poster of the film was released featuring Sonakshi in the forefront. Beside her, many men are seen standing with their faces hidden with props like steel bucket, newspaper, brown paper bag, etc.Among them is singer-rapper Badshah, whose face is hidden with a book.

She is also busy shooting for `Dabangg 3` where she will be reprising her role as Rajjo, while Salman Khan plays the protagonist, Chulbul Pandey.`Dabangg 3` is scheduled to hit the big screens on December 20.