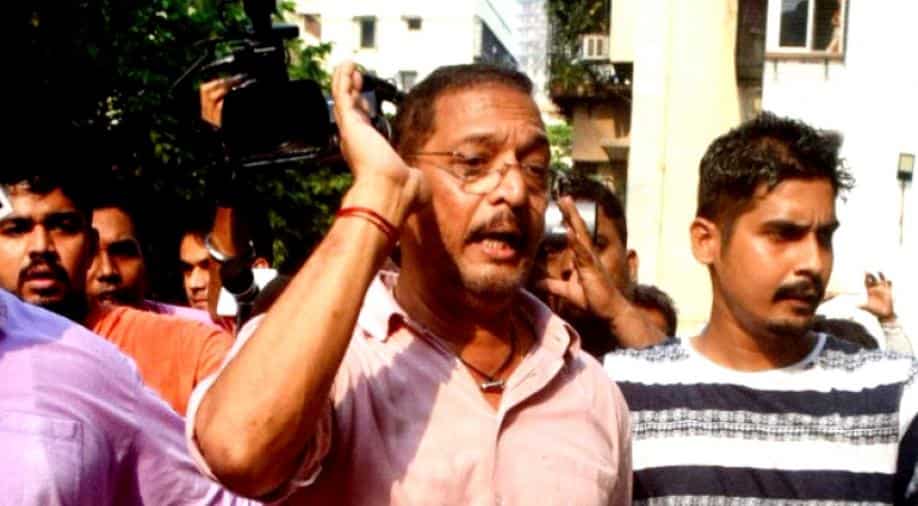 The actor came back from Jodhpur on Saturday after finishing his schedule on the sets of 'Housefull 4'.

Nana Patekar, accused of sexually harassing Tanushree Dutta in 2008 on the sets of 'Horn Ok Pleassss', evaded questions of the matter on Monday as he addressed the media at his residence.

The actor came back from Jodhpur on Saturday after finishing his schedule on the sets of 'Housefull 4'. The actor was to address the media on Monday morning but had later called it off only to reschedule it for Monday afternoon.

When he was asked to comment on the matter, the actor stated, "The truth which was there 10 years back, stands true even today. What is true today will remain the true afterwards as well."

The actor then quickly retreated back home without giving any further explanation.

The actor has sent a legal notice to Dutta. Meanwhile, Dutta has filed a fresh complaint against Patekar with the Mumbai police.