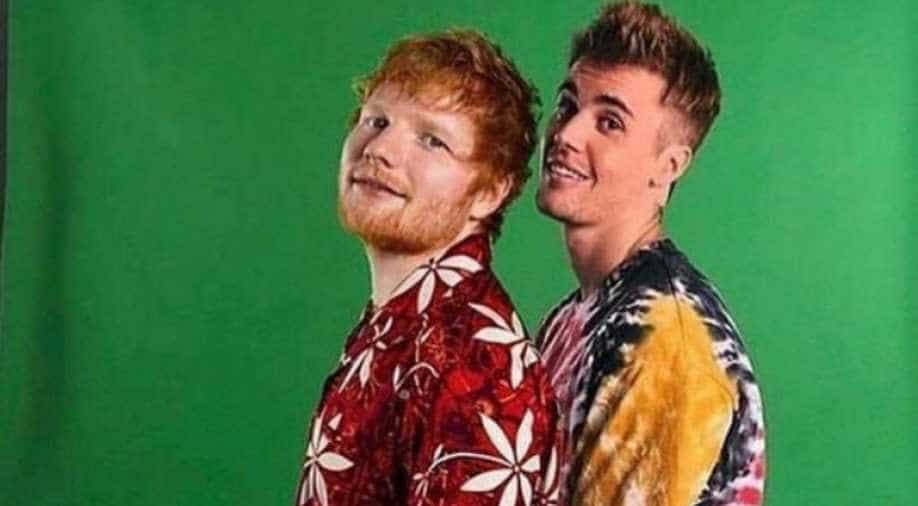 The song is produced by Max Martin, and FRED.

Justin Bieber and Ed Sheeran have teased their fans by giving them a sneak peek into the music video of their latest single `I Don`t Care`.

Sheeran shared a short clip on Instagram, and wrote alongside it, "Video coming soon x."

The video features the `Perfect` singer donning a Panda suit and walking through the streets, meeting and clicking selfies with fans.

Acknowledging the same, Bieber tagged his co-singer and wrote, "Yeah we got a video coming. I don`t care."

Me and @teddysphotos. It’s out now. I don’t care

Before releasing the upbeat track on Friday, Bieber and Sheeran kept sharing cryptic posts to pique the curiosity of their fans.

The song is produced by Max Martin, and FRED, who also share writing credits on the song with Bieber and long-time collaborator Jason 'Poo Bear' Boyd.

The duo`s collaboration comes nearly four years after they worked on their hit single `Love Yourself`.

Bieber hasn`t released an album since 2015`s `Purpose`, but recently made his return to the stage during Ariana Grande`s Coachella performance on April 21 and joined her on stage singing his hit track `Sorry'.