In pics: This is how Aishwarya Rai Bachchan is celebrating her birthday in Goa 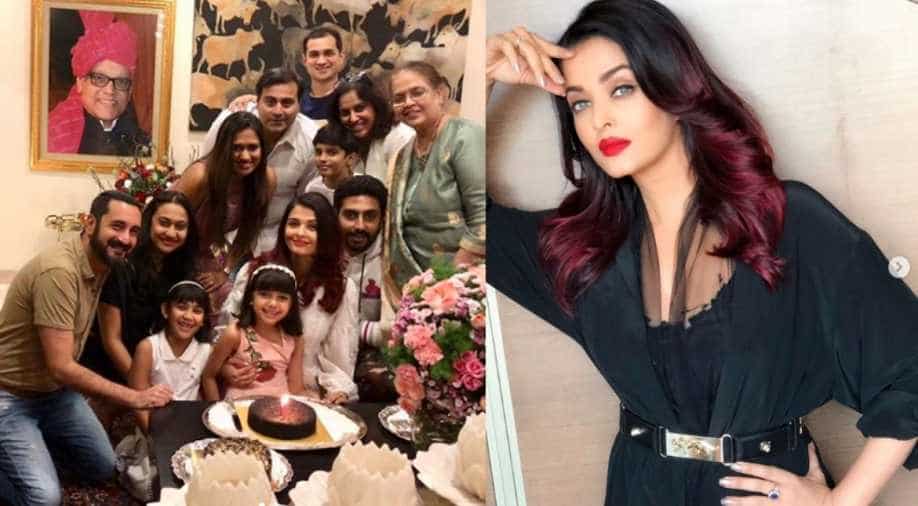 It’s Aishwarya Rai Bachchan’s birthday today and the beautiful actress turns 45 today. Earlier yesterday, the actress was spotted leaving for Goa with her husband, Abhishek Bachchan and daughter Aaradhya. Dressed in laidback clothes, Aishwarya looked quite happy as she waved at the cameras waiting for her at the airport. While she is not busy with any film, Abhishek had to take a short break from his shooting schedule (Anurag Basu’s ‘Life in a Metro’ sequel in Hooghly) for the wife’s birthday celebrations.

Aishwarya shared some photos from her birthday bash in Goa as she was surprised by husband for throwing a secret bash for her that includes some of the most special people in her life.

A post shared by AishwaryaRaiBachchan (@aishwaryaraibachchan_arb) on Oct 31, 2018 at 11:15pm PDT

💖Thank you BOTH🤗😘BLESSED😍LOVE YOU ETERNALLY 💖✨🌈

A post shared by AishwaryaRaiBachchan (@aishwaryaraibachchan_arb) on Oct 31, 2018 at 11:18pm PDT

A post shared by AishwaryaRaiBachchan (@aishwaryaraibachchan_arb) on Oct 31, 2018 at 11:24pm PDT

On the professional front, Aishwarya and Abhishek will come together on the screen after almost a decade in Anurag Kashyap’s ‘Gulab Jamun’ that will be helmed by debutante director Sarvesh Mewara.

Photo Gallery: 10 times the actress stole our hearts with her impeccable style

Abhishek will meanwhile head back to Life in a Metro's shoot on November 4, 2018.