From the real Gunjan Saxena to reel: Janhvi Kapoor thanks former IAF pilot 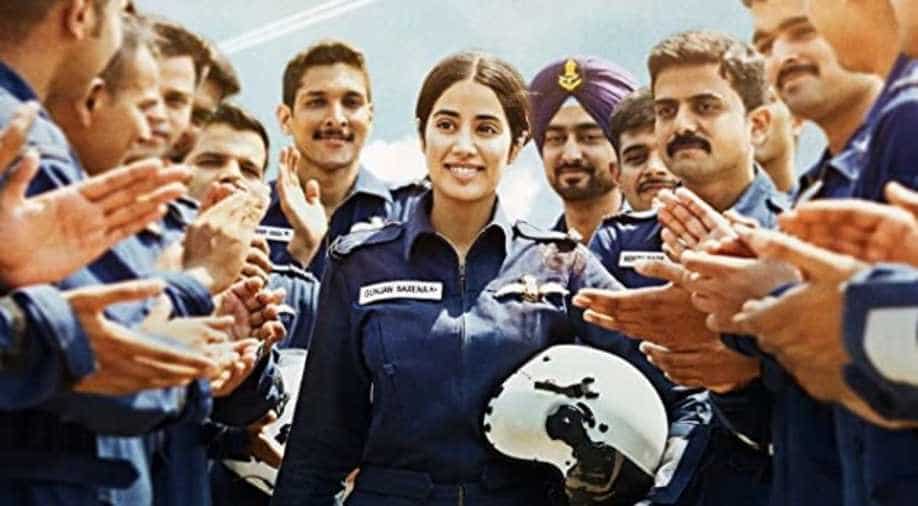 Janhvi plays the role of Gunjan Saxena in the film.

As Janhvi Kapoor gears up for the release of her upcoming film, ‘Gunjan Saxena’, a biopic on the former IAF pilot Gunjan Saxena, she was met with a sweet surprise.

Having seen the announcement video of the film, Gunjan Saxena wrote on Janhvi Kapoor’s social media post and wrote good things. She commented, “Very rarely have old memories flashed in front of me in such a sweet manner as was experienced after watching my montage with voice over of @janhvikapoor. I guess it is the time for culmination of an enriching journey which started with @sharansharma three years back.”

She continued, “And what a journey it has been with Sharan. I have always admired his honesty, sincerity and a sensitive compassion while portraying my life on big screen. Everybody at my age has a story to tell. Lucky few like me have Sharan and Janhvi to narrate my story. None of life journeys are a walk in park and mine was no different. But at times a one track mind on goal does help. During my tenure in IAF, whatever little I could achieve was with the help of men and women in blue uniform. I sincerely hope everyone will enjoy the movie not because it is my story but more so because of the honest work of Sharan and his team.”

Janhvi responded to this sweet comment and replied, “It’s an honour to know you let alone have the privilege to be able to understand your journey and share it with the world. Hope we make you proud Gunjan Mam.”

Janhvi plays the role of Gunjan Saxena in the film.

The film is directed by Sharan Sharma and is produced by Karan Johar’s Dharma Productions. The film will be released directly on Netflix. The film also stars Pankaj Tripathi and Viineet Kumar.