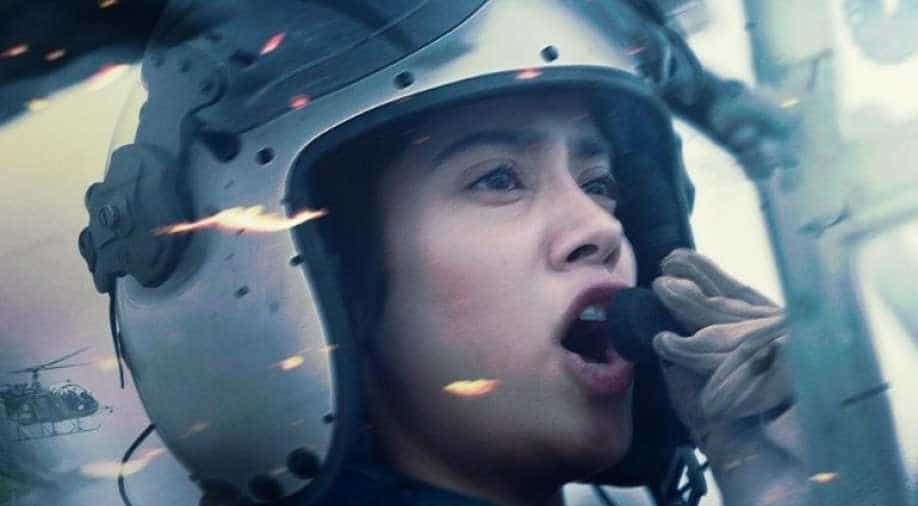 The film is based on the life of Gunjan Saxena, then a flying officer, who became the first woman combat aviator to fly into a war zone during the 1999 Kargil War.

"Her inspirational journey made history. This is her story. Gunjan Saxena - #TheKargilGirl, coming soon on Netflix. #GunjanSaxenaOnNetflix"  Johar tweeted and shared a one minute clip along with the post. The clip chronicles the life of Saxena and has Janhvi Kapoor's narration.

The film is based on the life of Gunjan Saxena, then a flying officer, who became the first woman combat aviator to fly into a war zone during the 1999 Kargil War.

Also see:'Laxxmi Bomb' to 'Lovebirds': Skipping a theatrical release, movies on their way to digital platforms

The release date of the film is yet to be announced.

Presented by Zee Studios and Dharma Productions, the film, also featuring Pankaj Tripathi, Angad Bedi and Viineet Kumar, was earlier slated to be released on April 24.

Also see: How OTT and cinema halls can co-exist in post COVID world

There were rumours about the film going for a digital release and now the movie officially joins a list of other Bollywood titles, including Amitabh Bachchan-Ayushmann Khurrana starrer 'Gulabo Sitabo' and Vidya Balan's 'Shakuntala Devi' biopic which are slated to debut on Amazon Prime Video later this month, to directly head to a streamer during the coronavirus pandemic.

Kapoor, who plays the titular role in the movie, said 'Gunjan Saxena' was much more than a film for her.

"This isn't just a film for me - it's a journey that's taught me to believe in myself. A journey I can't wait to share with you all. About a girl who set out to do something simple, follow her dreams," she wrote on Instagram.

The actor made her Bollywood debut in 2018 with Johar's production 'Dhadak' opposite Ishan Khatter. The film was the Hindi remake of Marathi blockbuster 'Sairat'. The film has been directed by Sharan Sharma.