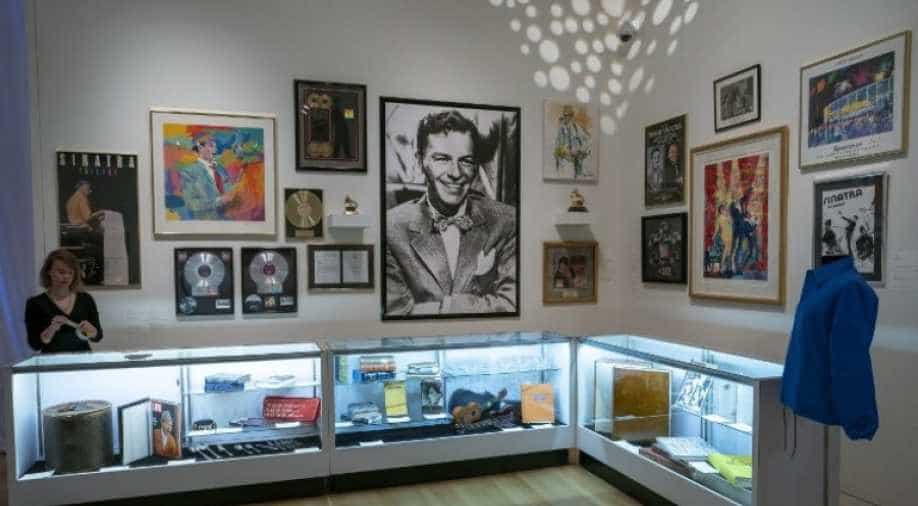 Up for grabs were furniture, art and personal effects dating back to the couple's 22-year marriage as well as scripts and screenplays.

It was definitely "All" rather than "Nothing at All" at a Frank Sinatra auction in New York, where items owned by the late icon and his fourth wife fetched $9.2 million, Sotheby's said Friday.

And 99 per cent of the lots, spread out this week in the US financial and entertainment capital, and online, were snapped up, attracting 300 bidders from more than 30 countries, the auction house announced.

Up for grabs was furniture, art and personal effects dating back to the couple's 22-year marriage -- art and furniture from their homes in Palm Springs, Los Angeles and Malibu -- as well as scripts and screenplays.

The top lot was Barbara Sinatra's 20-carat diamond engagement ring, given to her in the bottom of a champagne glass, which went for $1.7 million.

Many of the items fetched substantially more than their pre-sale estimates.

They included a Norman Rockwell portrait of Sinatra, which the singer commissioned, sold for $687,000 and a script for "From Here to Eternity," the movie for which he won an Oscar, went for $35,000.

The USA Drinking Team jacket marked "Coach" that Sinatra wore for nights on the town with his friends sold for $35,000 -- 70 times its $500 estimate.

A police badge given to Sinatra by Essex County New Jersey and inscribed "chairman of the board, Frank Sinatra" went for a whopping $18,750 and a hand-crocheted yarmulke emblazoned with Frank's name fetched $9,375.

Of the memorabilia tracing Sinatra's friendship with every US president from Harry Truman to Bill Clinton, a color photograph inscribed by Gerald Ford, Richard Nixon, Jimmy Carter and Ronald Reagan sold for $68,750.

The son of Italian immigrants and born in New Jersey in 1915, Sinatra was one of the best loved entertainers of the 20th century with hits such as "Strangers in the Night," "My Way" and "All or Nothing at All."