From 'Class of 83' to 'Gunjan Saxena', Netflix India reveals exciting lineup of 17 originals 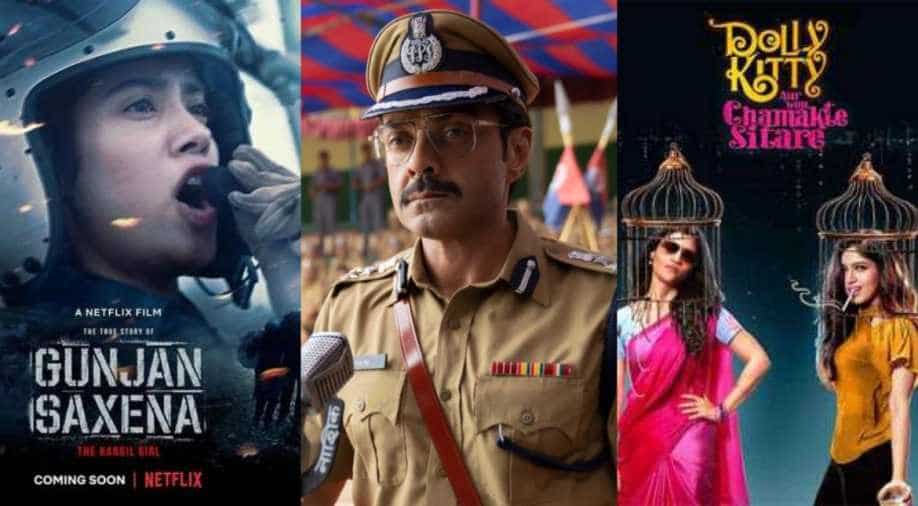 The originals will be rolled out one after another in a span of coming months.

For all Netflix India fans there is good news as the OTT has announced an exciting lineup of originals including big-ticket films like ‘Gunjan Saxena - The Kargil Girl’, ‘Dolly Kitty Aur Chamakte Sitare’, ‘Torbaaz’, ‘Class of ‘83’, ‘Tribhanga’ among many others.

A total of 17 originals were announced by the OTT today which includes six new films and two new series. These pertain to different genres including comedy, light hearted drama, action and more.

🚨🚨🚨 We're all set to drop 17 upcoming originals! Are you excited or ARE YOU EXCITED?! 🚨🚨🚨@WeAreNetflix pic.twitter.com/C7g6Iob0Cg

The originals will be rolled out one after another in a span of coming months.

Talking about the announcement, Monika Shergill, VP-Content, Netflix India said, “We are excited to share our lineup of stories across formats and multiple genres. We know our members have unique tastes, moods, and needs - sometimes, they want to lean back and watch a delightful comedy, and at other times, they want a pulse-pounding thriller that brings them to the edge of their seats. We are so proud to bring these diverse stories created by acclaimed and emerging storytellers and producing partners. Together with the finest stories from around the world and our rapidly growing selection of licensed titles, we want to give our members something to discover and love on Netflix every day.”

I scream, you scream, we all scream for this dream team! Watch the AKs battle it out as the director kidnaps the actor's child just to make his next blockbuster 👊👊 👨‍👨‍👧 #AKvsAK @AnilKapoor @anuragkashyap72 @VikramMotwane pic.twitter.com/ZhZRnzCEfo

The lineup also includes series -- ‘Mismatched’, a young adult romance (starring Prajakta Koli and Rohit Saraf) based on Sandhya Menon’s book ‘When Dimple Met Rishi’ and ‘A Suitable Boy’, based on the critically acclaimed book by Vikram Seth (starring Ishaan Khatter, Tabu, Tanya Maniktala, Rasika Dugal, Shahana Goswami and Ram Kapoor), which will be available on Netflix globally except in the United States and Canada.

An animated romance hanging precariously between living on the streets and loving on the screen, Bollywood style. #BombayRose#GitanjaliRao@BombayRoseFilm @CinestaanFilmCo pic.twitter.com/wUgV7tJncq