Angry at being dubbed a hustler, Maradona dismisses new film 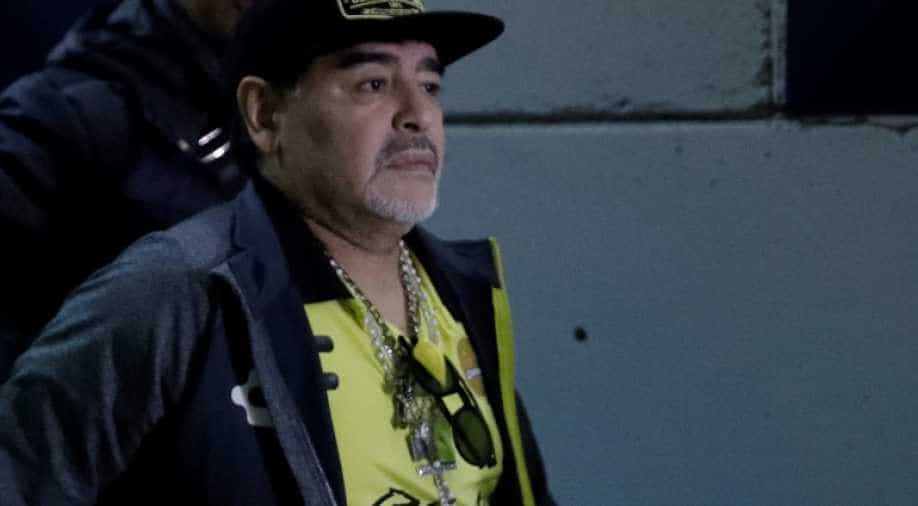 Posters for the two-hour documentary about the controversial Argentine forward say 'Diego Maradona: Rebel. Hero. Hustler. God.' with the World Cup winner upset at the use of "hustler".

Diego Maradona greeted a new film about his life with scorn on Monday, telling people not to see it when it is released next month.

Posters for the two-hour documentary about the controversial Argentine forward say 'Diego Maradona: Rebel. Hero. Hustler. God.' with the World Cup winner upset at the use of "hustler".

"I played football and I made money running after a ball. I didn't hustle anyone," he told Univision in an interview.

Director Asif Kapadia, who made the award-winning documentaries 'Amy' and 'Senna', had earlier said Maradona had not seen the film and admitted he was interested how the player would react to viewing the finished article.

"We are dealing with archive from way back, there will be lots of images that he himself hasn't seen of himself, of his family, of his kids," Kapadia told Reuters in an interview.

"So I think it's going to be quite emotional for him."

Maradona, who is now coaching in Mexico, missed the film's premiere at Cannes on Sunday.

Initial reviews were mixed with critics saying the film, which draws on Maradona's personal stock of video, showed colourful scenes but pulled its punches.

"No matter how many newsreels it shows us or how arresting they are, all that grainy reality can't add up to revealing what's inside the man at its centre," said Variety.

The film is due for general release on June 14.