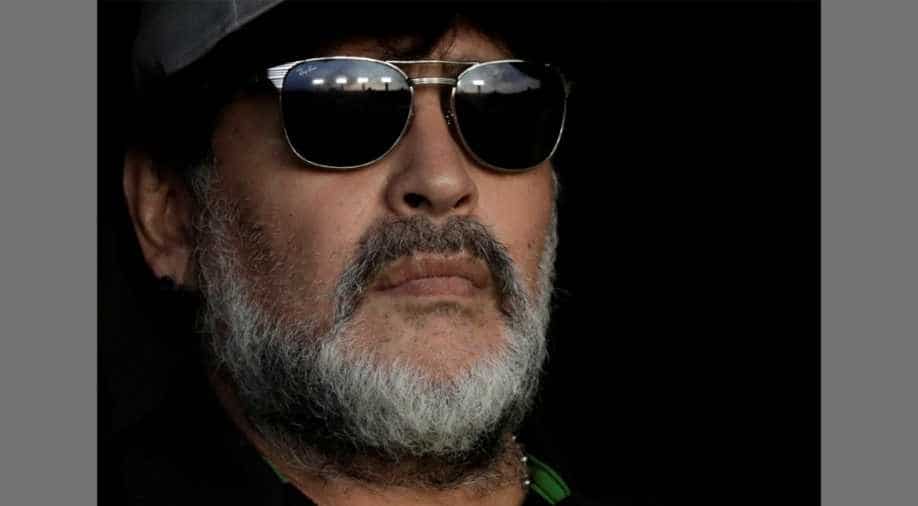 Diego Maradona deeply regrets being unable to attend the world premiere of his film.

Argentine soccer great Diego Maradona is set to miss out on the Cannes premiere of a documentary about his life and career, due to "a shoulder injury requiring medical attention", the film's publicists said on Sunday.

Maradona's appearance on the French Riviera was one of the hotly-anticipated stars turn on the red carpet at this year's film festival.

The documentary by Asif Kapadia - who also made 'Senna', about racing driver Ayrton Senna, and 'Amy', delving into the life of late singer Any Winehouse - will be screened for the first time on Sunday evening.

"Diego Maradona deeply regrets being unable to attend the world premiere of his film," a statement distributed by publicists read.

"A shoulder injury requiring medical attention has prevented his travel to the festival, however, he will be with both the audience and filmmakers in spirit, and looks forward to seeing the film himself very soon."

'Diego Maradona' tracks the soccer star's rise to glory at Italian team Napoli and as Argentina's World Cup-winning captain, as well as shining a light on his fall from grace, extravagant life and battles with drug addiction.

Maradona, 58, has been frequently hospitalised over the years, including in January this year when he was operated on for stomach bleeding.