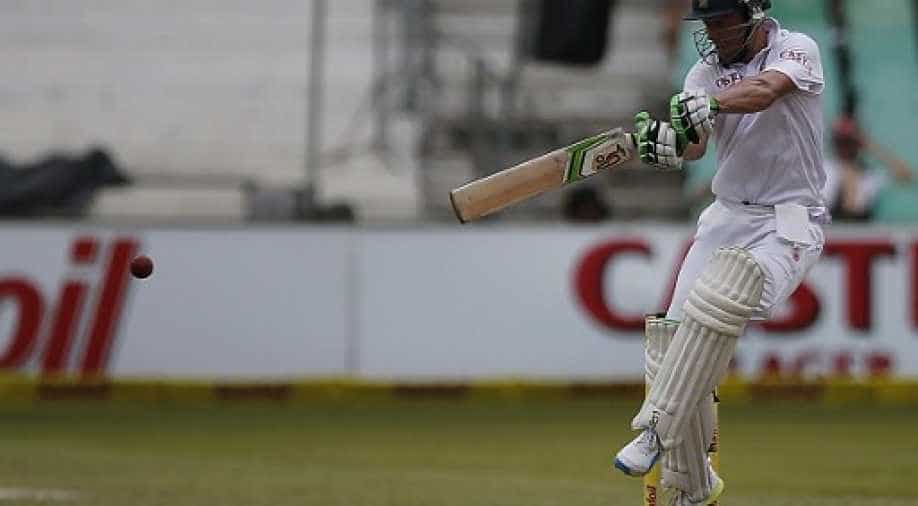 AB de Villiers, however, will continue playing one-day internationals as he aims to captain his side in the 2019 World Cup. Photograph:( AFP )

South African batting star AB de Villiers’ absence from Test cricket will extend until late this year after he told journalists on Wednesday that he will miss the series against England and Bangladesh.

He had already announced at a one-day series launch on Tuesday that he had decided not to make himself available for a Test series in New Zealand in March.

De Villiers did not take questions on Tuesday but held a press conference on Wednesday where he said his absence from Test cricket would extend to a four-Test series in England during the South African winter as well as two matches against Bangladesh in September and October.

The South African one-day captain will continue to be available for one-day internationals during this period as he concentrates on his goal of leading South Africa at the 2019 World Cup in England.

De Villiers, who turns 33 next month, said he planned to return to Test cricket for home series against India and Australia at the end of 2017, going into 2018.

“I don’t expect to just walk back into the Test side,” he said. “I am prepared to make my comeback with the Titans (his South African franchise) and make a contribution for them and prove that I am good enough.”

De Villiers, who became a father in 2015 and whose wife is expecting a second child, said his life priorities had changed.

De Villiers said he was looking forward to captaining South Africa in a one-day series against Sri Lanka starting next week but said he felt nervous after more than six months out of the game.

“I am always nervous before a series but after a long lay-off like this I want to prove that I can still play. I am very motivated to do well.”

Although he is cutting back from his Test appearances, De Villiers will continue to play in the lucrative Indian Premier League.

“It has almost become part of the ICC (International Cricket Council) schedule but I won’t commit to any of the other Twenty20 tournaments like the Caribbean Premier League or the (Australian) Big Bash.”

He indicated that he and other South African team players might return from the IPL early in order to prepare for the Champions Trophy in England in June.

De Villiers said he felt almost fully recovered from the elbow injury which has prevented him from playing since July.

“I had surgery three months ago so I am still aware of it. I can play all of my shots but there are one or two shots that I feel more than others.”