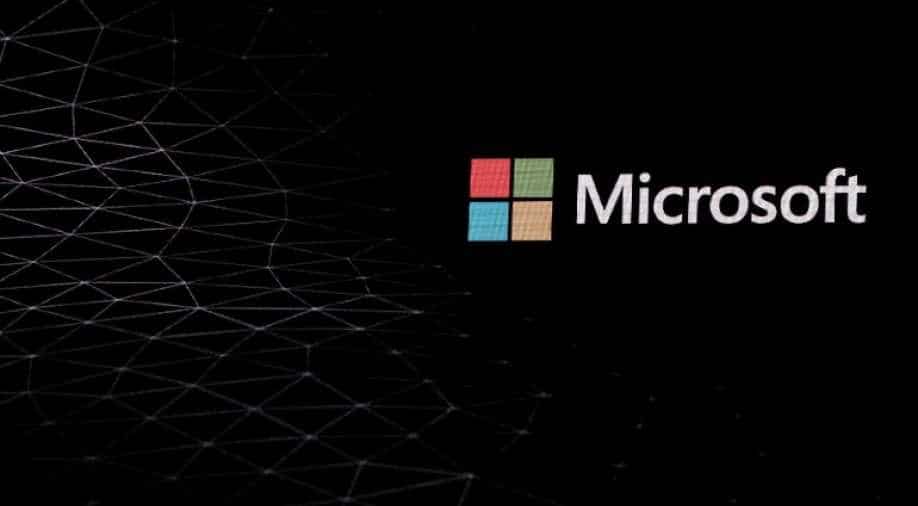 FILE PHOTO: The Microsoft logo is pictured ahead of the Mobile World Congress in Barcelona, Spain Photograph:( Reuters )

Dan Ives, an analyst with Wedbush Securities, said the licence was most likely for the company's Windows operating system

Microsoft Corp said on Thursday it had been granted a licence from the US government to export software to Huawei Technologies Co Ltd.

"On November 20, the US Department of Commerce granted Microsoft's request for a license to export mass-market software to Huawei. We appreciate the Department's action in response to our request," a Microsoft spokesman told Reuters via email.

The administration of US President Donald Trump said this week it would allow some suppliers to restart sales to the Chinese telecoms giant, which was placed on a trade blacklist over national security concerns six months ago.

The Commerce Department confirmed it had begun issuing licenses for some companies to sell goods to Huawei, expanding the company's supplier base and providing long-awaited clarity to the industry that once sold it billions of dollars worth of goods.

On Wednesday, a US official said it had received roughly 300 licence requests, about half of which had been processed. Roughly half of those – or one-quarter of the total – had been approved and the rest denied.

It was not immediately clear which products had been approved for sale to Huawei, which is the world's top telecommunications equipment maker and second-largest smartphone maker. A person familiar with the process said Wednesday that some licenses for sales of cellphone components and non-electronic components were approved.

Dan Ives, an analyst with Wedbush Securities, said the licence was most likely for the company's Windows operating system.

"This will be a major relief for Huawei after an arduous period with large technology players like Microsoft, Google and others restricted on the platform," Ives said.

Huawei has been anxiously awaiting a licence for Alphabet Inc's Google to supply its mobile services to new models. Without access to Google services such as its Play Store for apps, Huawei phones will become harder to sell to consumers outside of China. Google declined to comment on Thursday.

The granting of licenses comes as the Trump administration is working to sign a phase one trade deal with China to end a tit-for-tat trade war that has roiled markets and hit global growth.

But the move immediately met with opposition. A bipartisan group of 15 senators urged the Commerce Department to suspend the issuing of licenses, saying it could threaten US security.

In a letter on Thursday to Trump, the senators said the administration should halt issuing licenses until it provides Congress "a report outlining specific criteria for determining whether or not the approval of any license poses a national security threat."