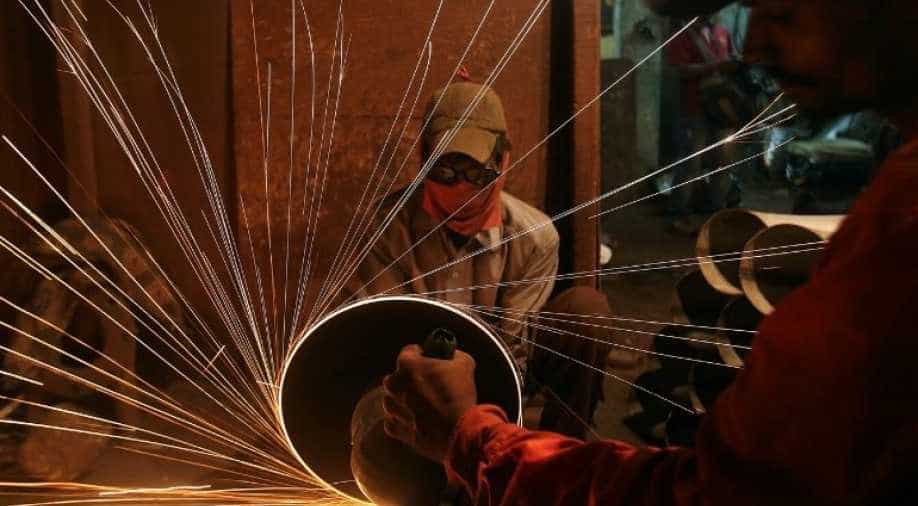 'Factories in India continued to benefit from strong order flows in February, from both the domestic and international markets,' Pollyanna De Lima, principal economist at IHS Markit, wrote in a release.

India's factory activity growth slowed in February from the previous month's eight-year high due to a modest weakening in demand and output, although overall conditions remained firm, a private survey showed on Monday.

The Nikkei Manufacturing Purchasing Managers' Index, compiled by IHS Markit, fell to 54.5 last month from January's 55.3, above a Reuters poll forecast of 52.8.

It has stayed above the 50-point threshold mark, which separates growth from contraction, for over two years.

"Factories in India continued to benefit from strong order flows in February, from both the domestic and international markets," Pollyanna De Lima, principal economist at IHS Markit, wrote in a release.

"The pick-up in demand meant that companies were able to further lift production and input buying at historically-elevated rates."

While the latest survey showed the new orders sub-index, a proxy for domestic demand, slipped to 57.5 in February, it remained above the long-term average since the index was introduced in March 2005.

However, foreign demand and optimism were weaker in February than in January on rising concerns the spread of coronavirus outside China would affect major Asian economies significantly.

That would give policymakers some headroom to address key issues after the recent high inflation-low growth conundrum.

"Price data continued to highlight a lack of inflationary pressure in the sector. Only modest increases in input costs and output charges were recorded in February, a trend that has been a key theme of the manufacturing PMI survey for over a year," added de Lima.