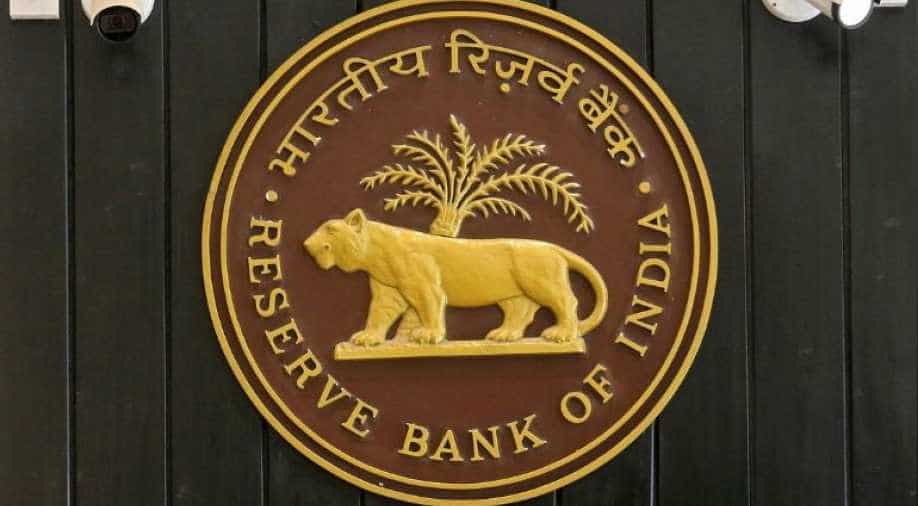 If the RBI does cut by 25 basis points on Wednesday, the repo rate would to come down to 5.50 per cent, and make RBI the most dovish among major Asian central banks.

The Reserve Bank of India (RBI) is likely to cut rates next week for a fourth time in 2019 as benign inflation gives it room to help an economy that is growing at its slowest in nearly five years.

If the RBI does cut by 25 basis points on Wednesday, the repo rate would to come down to 5.50 per cent, and make RBI the most dovish among major Asian central banks.

Almost 80 per cent of 66 economists surveyed by Reuters expected the RBI to cut its benchmark repo rate by 25 bps. Three respondents predicted a 50 bps cut and the remaining 10 forecast the rate would be left unchanged.

Reducing interest rates would please Finance Minister Nirmala Sitharaman, who delivered her first budget last month after being promoted by Prime Minister Narendra Modi following his re-election in May.

"I'll honestly wish (for a) rate cut ... a significant rate cut would do a lot of good for the country," Sitharaman told the Economic Times newspaper in an interview published on Monday.

Her budget had included measures aimed at improving the investment climate but lacked any direct steps to stimulate an economy that grew just 5.8 per cent year-on-year in the January-March quarter, its slowest pace in five years, and well below the double-digit growth levels that Modi wants.

Aside from defending against inflation and protecting the Indian rupee's health, the RBI has oversight of the state-owned banks and a mandate to protect financial stability, which could be undermined if economic growth stays low given the stress prevailing among banks and shadow lenders.

The last time the RBI made so many back-to-back cuts was after the global financial crisis over a decade ago, when most major central banks were desperate to revive economic growth.

"If the inflation estimate is lower than target and RBI has space they should cut. I expect a 25 bps cut and a dovish tone," said A. Prasanna, chief economist at ICICI Securities Primary Dealership.

Running at 3.18 per cent in June, India's retail inflation has remained below the central bank's medium-term target of 4 per cent for almost a year and is not expected to rise significantly above that until at least 2021, according to a separate Reuters poll.

But, currency and bond dealers noted that external influences could limit India's room for future rate reductions, as the head of the U.S. Federal Reserve warned against expecting a lengthy easing cycle after cutting U.S. interest rates for the first time in over a decade on Wednesday.

But, rate cuts alone cannot help India's economy unless the benefits are passed on to consumers and corporate borrowers. And saddled with bad debt, and scared of losing depositors, banks have been slow to reduce lending and deposit rates despite the RBI's prodding.

State Bank of India cut interest rates on deposits across all maturities on Monday, but analysts said it would take time for the country's largest bank to make matching cuts in its lending rates.

"It will be important to study the policy narrative to get a direction of likely future action by the RBI, liquidity measures, any other structural changes etc.," said Shanti Ekambaram, President, Consumer Banking at Kotak Mahindra Bank.

"Suffice it to say that inflation will be the central theme balanced with the need to boost growth".

At least the monsoon rains, after a poor start, appear to becoming kinder, which is good news for around two-thirds of Indians who depend on the farm sector for their livelihoods.