Dollar pinned down after poor US manufacturing data; pound slips 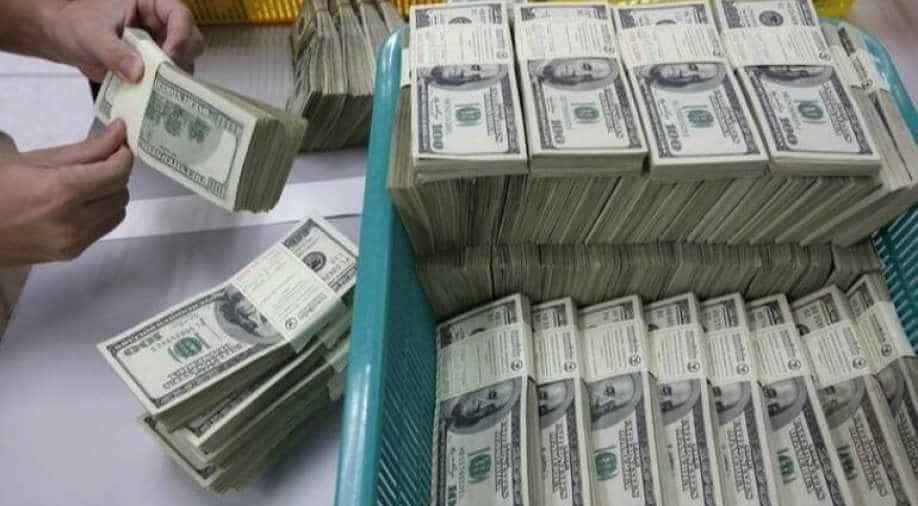 A bank employee counts US hundred dollar bills at Kasikornbank in Bangkok in this January 21, 2010. Photograph:( Reuters )

The dollar eased slightly against the euro to $1.0933 per euro and gave ground to the Australian and New Zealand dollars, retracing a bit of the large gains it made against them on Tuesday.

Worries about a slowing US economy and the possibility of further interest rate cuts in the wake of weak US manufacturing data kept the dollar pinned down on Wednesday, as investors sought shelter elsewhere.

The greenback steadied or fell against most major currencies, after dropping from a two-year high overnight when data showed the US manufacturing activity contracted at the fastest pace in more than a decade in September.

The weak data "was a very big miss", said Westpac currency strategist Sean Callow in Sydney, adding that the market "went into it seemingly not ready for bad news."

"It's probably going to reverberate for a little bit longer," he said, and then investors would shift to jobs data due on Friday to seek a broader read on the health of the world's biggest economy.

The dollar eased slightly against the euro to $1.0933 per euro and gave ground to the Australian and New Zealand dollars, retracing a bit of the large gains it made against them on Tuesday.

The pound sank 0.2% against the dollar to $1.2280. It was headed back toward an almost one-month low plumbed overnight as traders are increasingly nervous about Britain crashing out of the European Union at the end of the month.

Prime Minister Boris Johnson will unveil his final Brexit offer to the European Union on Wednesday and make clear that Britain intends to leave the EU on October 31, no matter what.

The dollar also rose marginally against the yen, to 108.84 yen, but steadied against a basket of currencies at 99.159 while the manufacturing shock echoed through other markets, dragging bond yields and Asian stock markets lower.

The Institute for Supply Management had said its index of US factory activity fell to 47.8, the lowest reading since June 2009.

A figure below 50 signals the domestic factory sector is contracting. The reading is a bad omen for September U.S. labour figures due on Friday, BNY Mellon analysts said in a note, since moves are often correlated.

"This reinforces our view that while the Fed is still stubbornly clinging to its view that rates are currently appropriate. ..it will ultimately have to accept that the pillars of support - the labour market and the consumer - are weakening," the bank said.

The Australian dollar, which hit its lowest in a decade on Tuesday after the Reserve Bank of Australia (RBA) cut interest rates, bounced a little to $0.6716.

But few are expecting a sustained rise after the statement accompanying the rate cut left room for further easing.

"There are sufficient global risks to rattle AUD... sub-0.66 remains on the table," analysts at Mizuho Bank said in a note.

In offshore trade, the Chinese yuan was steady at 7.1466 per dollar, with trade subdued as Chinese markets are closed until Monday for public holidays.