Crude oil prices rise as US sanctions on Iran loom 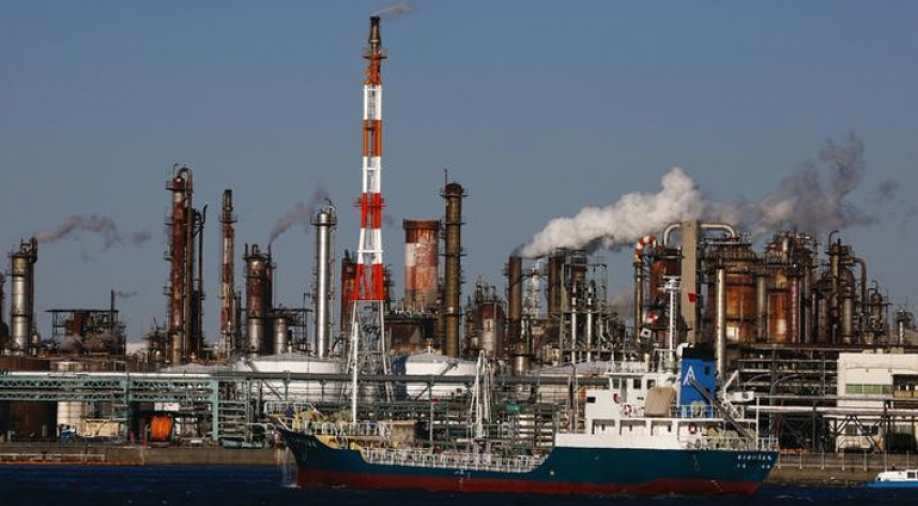 A ship passes a petro-industrial complex in Kawasaki near Tokyo. Photograph:( Reuters )

Benchmark Brent crude oil futures were at $80.26 a barrel.

Brent crude oil prices rose back above $80 a barrel on Monday as markets were expected to tighten once US sanctions against Iran's crude exports are implemented next month.

The US sanctions on the oil sector in Iran, the third-largest producer in the Organization of the Petroleum Exporting Countries (OPEC), are set to start on November 4. The United States under President Donald Trump is trying to reduce Iranian oil exports to zero to force the country to renegotiate an agreement on its nuclear programme.

US Treasury Secretary Steven Mnuchin told Reuters on Sunday that it would be harder for countries to get sanction waivers than it was during the previous Obama administration, when several countries, especially in Asia, received them.

OPEC agreed in June to boost supply to make up for the expected disruption to Iranian exports.

However, an internal document reviewed by Reuters suggested OPEC is struggling to add barrels as an increase in Saudi supply was offset by declines elsewhere.

Fatih Birol, executive director of the International Energy Agency (IEA), said on Monday that other producers may struggle to fully make up for the expected Iran disruption, and that oil prices could rise further.

Some relief may come from North America, where U.S. drillers added four oil rigs in the week to October 19, bringing the total count to 873, Baker Hughes energy services firm said on Friday, raising the rig count to the highest level since March 2015.

The US rig count is an early indicator of future output. With activity increasing after months of stagnation, US crude production is also expected to continue to rise.

In addition to the potential for rising oil supply, the ongoing Sino-American trade dispute is expected to start dragging on demand.

"The full impact of the US-China trade war will hit markets in 2019 and could act as a considerable drag on oil demand next year, raising the possibility of the market returning to surplus," said Emirates NBD bank in a note.

Shipping brokerage Eastport said "Chinese manufacturing is beginning to slow" and that "Trump's proposal of slapping ... tariffs on additional ... Chinese goods from 1 January would be a further drag on trade."