Asian markets mostly down after mixed lead from Wall Street 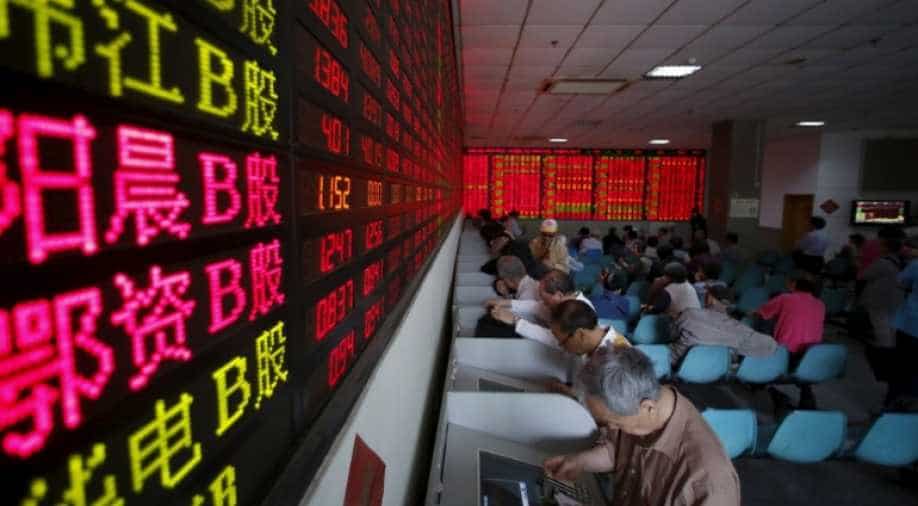 Traders have been cheered by a string of better-than-expected earnings from corporate titans this reporting season, with Facebook, Microsoft and Amazon adding to the positive mood on Wall Street, but were unable to fuel broad gains.

Asian markets mostly fell Friday with investors treading carefully as global slowdown worries return to the fore, with analysts pointing to an economic divergence between the US and the rest of the world.

Traders have been cheered by a string of better-than-expected earnings from corporate titans this reporting season, with Facebook, Microsoft and Amazon adding to the positive mood on Wall Street, but were unable to fuel broad gains.

However, there have been a couple of misses from other top firms, while crucially a series of downbeat data and central bank caution have dampened spirits.

Central banks in Japan, Sweden, Turkey and Ukraine, with an eye on the global outlook, on Thursday, took a dovish turn and flagged softer policy in the near future. That came after a growth forecast cut by the Bank of Canada.

On top of that, a drop in German business confidence fanned worries about the bloc's biggest economy, while South Korea saw its worst performance in 10 years during the first quarter.

But while the Federal Reserve has said it will not likely raise interest rates this year the US economy continues to outpace its peers and the jobs markets are flourishing, with Wall Street hitting new records this week. Eyes are now on the release of US growth data later Friday.

"While positive earning numbers have lent massive support to US equities, it's hard to ignore the inescapable fact that we are back to the divergent economic narrative where the US economy is on fire while ice water continued to pour over the rest of the globe," said Stephen Innes of SPI Asset Management.

Shanghai dropped 0.5 per cent in the morning, extending losses of more than two per cent Thursday as investors fret that a run of market-supporting stimulus measures aimed at supporting the economy could be coming to an end.

Tokyo ended the morning down 0.7 per cent, Seoul shed 0.4 per cent and Singapore added 0.1 per cent.

There were also losses in Taipei, Wellington and Jakarta.

However, Hong Kong rose 0.3 per cent after suffering five straight days of decline.

The broad losses come at the end of a tough week for markets, which have enjoyed a blockbuster start to the year, thanks to hopes for China-US trade talks.

On oil markets both main contracts continued to fall after this week, hitting six-month highs as traders await the response from OPEC and Russia after the US said it would not extend waivers that allow certain countries to buy crude from sanctions-hit Iran.

Observers said that after the jump in prices, selling was to be expected owing to a number of factors including the China-US trade talks, unrest in Libya, Venezuela's political crisis and the OPEC-Russia output caps.