Argentina creditors jockey for lead ahead of $100 billion debt talks 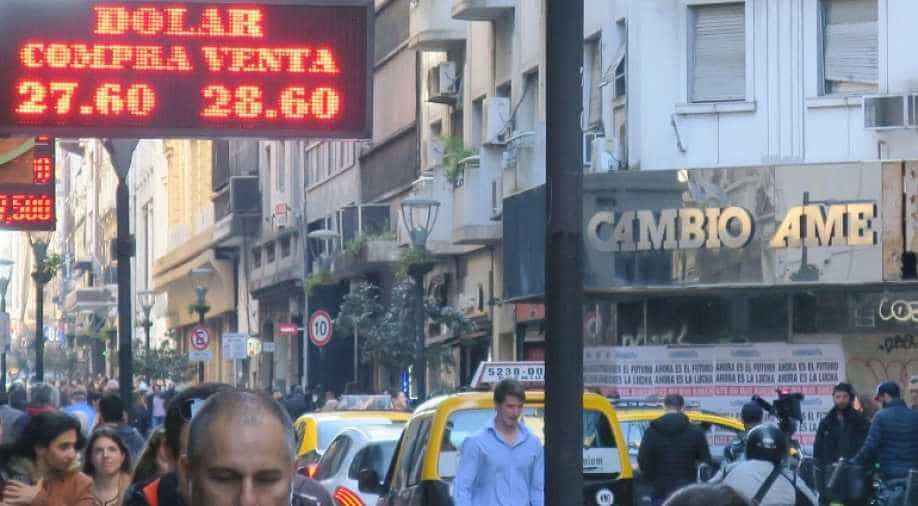 Several factions of Argentina's bondholders are jostling for influence ahead of restructuring talks with incoming president Alberto Fernandez as Latin America's third-largest economy tries to avert a default, more than a dozen sources familiar with the process said.

Several factions of Argentina's bondholders are jostling for influence ahead of restructuring talks with incoming president Alberto Fernandez as Latin America's third-largest economy tries to avert a default, more than a dozen sources familiar with the process said.

Argentina is once again buckling under the weight of its sovereign debts, which total around $100 billion, and Fernandez needs to urgently agree a deal with creditors to ease the burden and give his government space to try to revive the economy.

Several investors told Reuters they are growing increasingly annoyed by a lack of clarity on the plans of the new government, which is set to take over on December 10. Fernandez has not yet named his economic team or said how he will deal with the debts, which have become painfully costly after the collapse of the peso.

"The general frustration is how slow the incoming administration has been to name people and get the ball rolling," a source at a large fixed-income investor that holds Argentine debt said, adding that with more clarity things could change "fairly quickly".

Fernandez this week told the International Monetary Fund's (IMF) head Kristalina Georgieva he has a "sustainable" plan to meet creditor obligations as well as maintain growth, without giving details.

A media representative for Fernandez did not immediately respond to a request for comment on Friday.

A creditor committee of at least 20 members was formed last month as bondholders look for ways to avoid losses, which could reach tens of billions of dollars, on their holdings.

A third group of mostly hedge funds holding bonds restructured after a prior Argentine default was also being brought together, sources said.

Gramercy has previous experience in Argentina, where its distressed debt chief investment officer Robert Koenigsberger was involved in debt talks in 2009.

Several bondholders said a range of proposals for bundling creditors were circulating, although some said they would rather stick to a larger single group controlling a bigger debt slice.

The process of organising creditors is still in the early stages and it is not clear how much of Argentina's debt each grouping represents at this stage.

One of these includes an extension of maturities to ease the pressure on Argentina's struggling finances, but no write-down.

"The group's preferred scenario is to get a five-year extension, but there is no haircut," one of the sources said.

The IMF says that until the new government sets an economic path it cannot decide if private creditor haircuts are needed to keep its $57 billion bailout programme in place.

"In the absence of the whole macroeconomic strategy it is very hard to judge how their operation would lead to a sustainable debt position," Alejandro Werner, head of the Western Hemisphere Department at the IMF, said on Wednesday at an event in New York.

"Once you have the policy proposals you can judge what kind of debt operation is consistent with those policies," he added.

The last major default by Argentina in 2001 tipped the country of 44 million people into years of recession and economic crisis from which it only emerged in 2015.

Argentine bonds, almost 80 per cent of which are denominated in foreign currency, were given a small lift by Fernandez's comments this week, but they are still trading at less than half their face value.

And the peso is the world's worst-performing currency this year, despite being propped up by capital controls put in place in September, weeks after Fernandez's shock victory in a primary election sparked financial market panic.