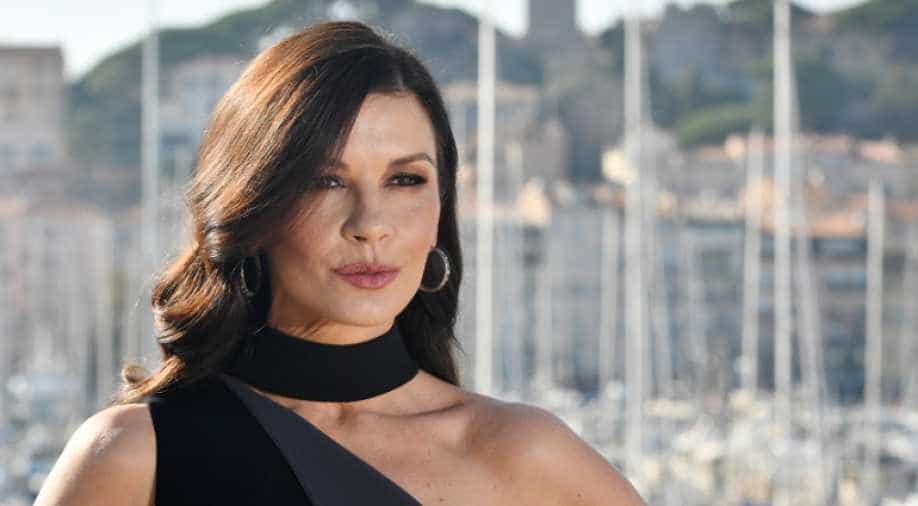 British actress Catherine Zeta-Jones said Sexism is not 'just a problem in the film, theatrical or TV industry.' Photograph:( AFP )

The Oscar-winning actress said she hoped Weinstein's disgrace would be the 'tipping point or at last a turning point' in the treatment of women not just in Hollywood but in 'any industry, corporation, school or college' ||

Harvey Weinstein's fall should be the end of "dinosaur" men preying on women, Hollywood star Catherine Zeta-Jones said Tuesday as she premiered a film about a woman who had a brutally efficient way of dealing with chauvinism.

The Oscar-winning actress said she hoped Weinstein's disgrace would be the "tipping point or at last a turning point" in the treatment of women not just in Hollywood but in "any industry, corporation, school or college."

"Let's hope that big old dinosaur of men thinking they can get away with that sort of behavior is extinct as of now," she told reporters.

The British-born star, who plays the notorious Colombian drug baron Griselda Blanco in a new TV film, "Cocaine Godmother", joked that her character had a rather direct way of dealing with male sexism: "Shoot them in the head."

Zeta-Jones said that while that would not be her approach, as a woman "you have to give her that, as we still fight for equality in the workplace."

"Griselda had no redeeming traits but the one thing she did have was the ability to stand up against men in a male world," she said as the film screened at MIPCOM, the top TV industry gathering, in Cannes on the French Riviera.

Sexism is not "just a problem in the film, theatrical or TV industry," Zeta-Jones added. "It is rife everywhere. As women, we get knocked down as being ambitious. Men don't get that. We should be proud of being ambitious, we shouldn't hide it."

She said she hoped lessons were being learned from the Weinstein affair, "otherwise we truly are stuck in a world that's very sad and very destructive."

Despite the dangers from predators, she advised young actors "not to lose your vulnerability -- it is essential to your craft. Vulnerability is a beautiful character trait and we should have it and be allowed to have it. But it's important that we know it's protected."

- Typecast for her beauty -

Zeta-Jones, now 48, who left Britain for Hollywood because she felt she was being typecast for her beauty, said she glories in taking on difficult, ambiguous women like Blanco who was "the most feared, dreaded woman in the drugs business" in the 1970s and 1980s before the rise of Pablo Escobar.

"It is very flattering to have your characters always as the 'beautiful sexy woman who walks into the room...' But when I hear that I always go, 'Ah shoot! That's way too much time in hair and make-up.' If I could just let all that go and find who this woman was..."

Zeta-Jones said she gained weight for the role and put her back out from the weeks spent mimicking the way Blanco walked.

The actress, who played the wife of a drug lord in the critically-acclaimed film "Traffic" while she was pregnant with her now 17-year-old son, said playing this "dreadful yet fascinating" woman had unleashed "a very sick dark sense of humor I have been hiding for years."

Even though Blanco was a shopaholic who filled her vast homes with designer clothes and accessories, her life was "not at all glamorous".

"She never left the house other than to kill someone," said Zeta-Jones.

Playing the so-called Black Widow as she aged meant she didn't have to worry about having "baggy eyes" if she didn't sleep well during filming.

"Normally I sleep propped up on pillows" during shoots so that doesn't happen, she said.

Joe Biden to have the most diverse administration in US history 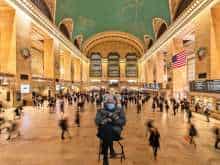