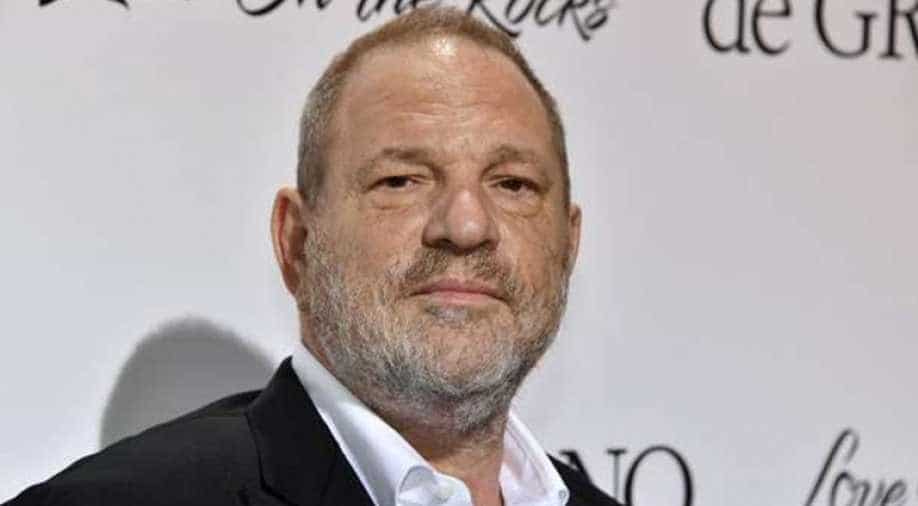 New York police said Thursday they have opened an investigation into allegations of a 2004 sexual assault by disgraced movie mogul Harvey Weinstein.

An avalanche of claims of sexual harassment, assault and rape by the hugely influential Hollywood producer have surfaced since the publication last week of an explosive New York Times report alleging a history of abusive behavior dating back decades.

A spokesman for the New York Police Department confirmed to AFP it is investigating the 2004 case, but provided no details. New York state has no statute of limitations on most serious felonies, including rape.

The New Yorker magazine reported Tuesday that Evans said Weinstein had forced her to perform oral sex on him. The magazine quotes two other women as accusing him of rape.

In 2015, the New York police opened an investigation into a complaint by Italian model Ambra Battilana Gutierrez, who said Weinstein had sexually attacked her in a hotel room. Police had her make a secret recording, in which Weinstein could be heard repeatedly insisting that she come into his room, which she refused to do.

But prosecutor Cyrus Vance said there was insufficient proof to pursue charges.

The allegations against one of cinema's titans, a man whose studio has garnered more than 300 Oscar nominations, have shaken Hollywood, which has long battled against a reputation for exploiting female actors, bypassing female directors and overlooking female-centered scripts.

Others actors as prominent as Meryl Streep and Kate Winslet said they had long heard rumors but never personally had problems with Weinstein.

"The behavior is inexcusable," wrote Streep, "but the abuse of power familiar."

With the allegations pouring in, Weinstein was fired by his own company, and his wife, Georgina Chapman, reportedly plans to divorce him.

Members of the Weinstein Company board have insisted they were unaware of payments he had made to women who complained, calling the allegations "an utter surprise."

But the Times quoted David Boies, a lawyer who represented Weinstein in contract talks, as saying the board was aware of three or four confidential settlements.

Another of his lawyers, Lisa Bloom, resigned, but only after saying on ABC that Weinstein had "behaved badly over the years."

The producer has apologized for his behavior and acknowledged having "caused a lot of pain," but denied specific charges and threatened to sue the Times.

He is said to be heading to a rehabilitation program in Europe, reportedly to be treated for sex addiction.

The allegations against a man who is a prominent liberal and major Democratic Party fundraiser sent tremors through the party, with Barack Obama and Hillary Clinton accused of waiting too long to disavow Weinstein. Obama since said he was "disgusted" and Clinton that she was "appalled" by the alleged acts.

Weinstein and his brother Bob, co-founders of Miramax Films, burst onto the indie scene with "Sex, Lies and Videotape" in 1989 and turned relatively low-budget films like "Shakespeare in Love" and "Pulp Fiction" into huge box-office hits.