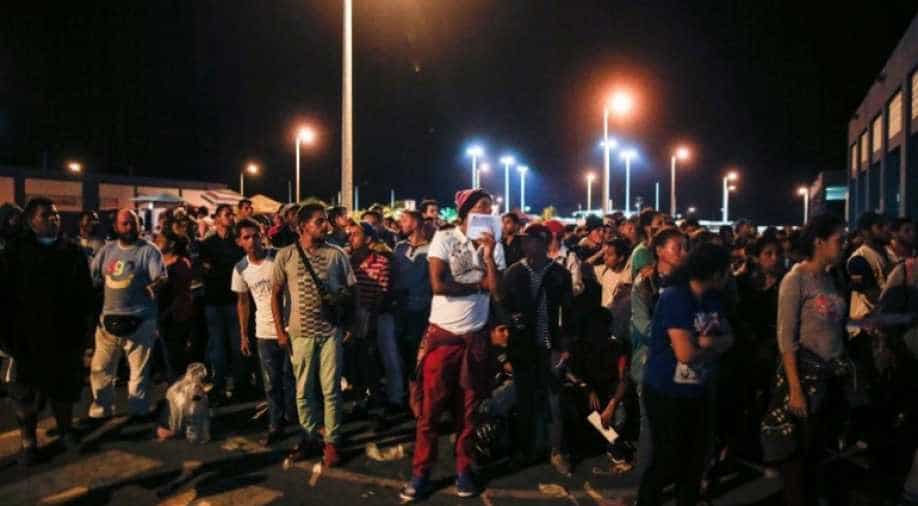 The results were hardly a surprise: analysts had predicted record low turnout, citing mistrust in the process, the banning of opposition parties and widespread exhaustion amid the ongoing socioeconomic crisis.

Venezuelans stayed away in droves from municipal elections, handing a victory to the ruling party - but with just 27 per cent turnout.

National Electoral Council chair Tibisay Lucena put the rate of abstention at 72.6 per cent. As such, the ruling party won 142 of 156 jurisdictions in play, she said. Some 20.7 million Venezuelans were eligible to vote.

Lucena called it "a calm day of civic and democratic action."

The results were hardly a surprise: analysts had predicted record low turnout, citing mistrust in the process, the banning of opposition parties and widespread exhaustion amid the ongoing socioeconomic crisis.

The elections come one month before President Nicolas Maduro begins his second six-year term after winning an election in May termed illegitimate by political opponents, the European Union, the United States and most of Latin America.

Maduro said Venezuelans "were exercising their right to vote freely." But Beatriz Pallares, 56, told AFP at a mostly empty polling station in the opposition bastion Chacao that "it's a sad day because people decided not to vote." But "I will not exercise my right," she added.

Maduro had wanted to strengthen institutional control as Venezuelans choose 2,459 members for 335 city councils. The opposition until now controlled a quarter of those councils.

Felix Seijas, head of the Delphos polling firm, predicted that pro-government candidates would "capture the majority of the municipal chambers, with a historic level of voter abstention." Maduro's path appeared clear after the main opposition parties were disqualified by the Electoral Council.

Yet "Why to vote if they've already won it all?" asked hairdresser Leidy Sivira, 30, a Caracas resident.

The opposition has accused Maduro of bending the electoral and judicial authorities to his will, even as top military leaders regularly declare their "loyalty."

On the eve of the election, the Venezuelan Episcopal Conference said the government's actions "in different public domains do not guarantee impartiality or truth."

Sunday's was the last in a series of votes called by the governing Constituent Assembly, which effectively displaced the National Assembly, the only power in opposition hands.

The pro-government Constituent Assembly was created last year at a time when months of opposition protests, often harshly put down, left 125 people dead.

After the four major opposition parties refused to take part in the presidential elections of May 20 - calling them fraudulent - the Electoral Council banned them from this Sunday's election.

The abstention rate then reached a 60-year high of 54 per cent.

The election took place as Venezuela's economy spirals out of control, with severe food and medicine shortages and an eye-popping 1.35 million per cent inflation rate, according to the International Monetary Fund.

Since 2015 at least 2.3 million Venezuelans have fled the country, according to United Nations figures.

Efforts to isolate the Maduro regime have grown. Peru has said it will ask the 12 members of the pro-democracy Lima Group to break relations with Venezuela from January 10, when Maduro takes office.