US plans to cut ties with targeted Russian banks if Ukraine is invaded: Sources 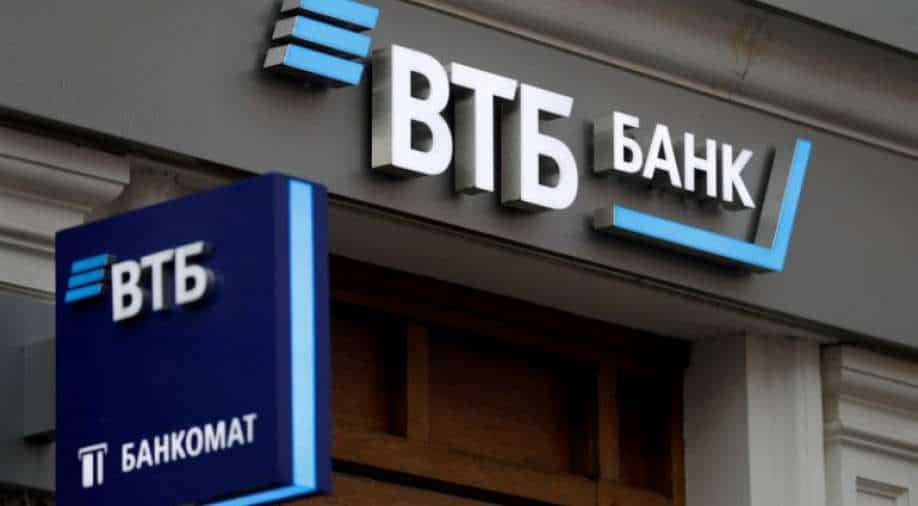 FILE PHOTO: Logos are on display outside a branch of VTB bank in Moscow, Russia May 30, 2019. Photograph:( Reuters )

The measures, which would only be implemented if Russia invades Ukraine, aim to hurt the Russian economy by cutting the "correspondent" banking relationships between targeted Russian banks and US banks that enable international payments

The measures, which would only be implemented if Russia invades Ukraine, aim to hurt the Russian economy by cutting the "correspondent" banking relationships between targeted Russian banks and US banks that enable international payments.

While US authorities have said banking restrictions would be part of a package of possible sanctions, the administration's plan to cut correspondent banking ties - which underpin global money flows - has not previously been reported.

The United States will also wield its most powerful sanctioning tool against certain Russian individuals and companies by placing them on the Specially Designated Nationals (SDN) list, effectively kicking them out of the U.S. banking system, banning their trade with Americans and freezing their U.S. assets, the same sources said.

The White House and Treasury Department declined to comment.

The sources said the package could change up to the last minute and it was unclear who the targets would be. However, they believe top Russian financial institutions including VTB Bank, Sberbank, VEB, and Gazprombank are possible targets.

Experts consulted by Reuters said that while the correspondent banking tool lacks the punch of an SDN designation, which freezes a bank's assets, they could still deal a meaningful blow to the target banks by making it difficult to transact in US dollars, the global reserve currency.

Much of global trade is transacted in dollars.

It is unclear whether Russian banks would be added to the SDN list, but both types of sanctions could hit Russia hard.

"Since a significant number of global trade transactions are in U.S. dollars this is a sanction with bite, but without the more complicated and deadly sanction of being placed on the SDN list and having all assets in the U.S. or in the hands of U.S. persons frozen," said Washington lawyer Kay Georgi, who specializes in international trade.

Sources noted that the administration could exempt certain transactions from the restrictions if deemed necessary.

The Biden administration has been threatening tough banking sanctions against Russia for weeks in a bid to deter Russian President Vladimir Putin from invading Ukraine. Moscow has amassed upwards of 150,000 troops on Ukraine's borders, but Putin has denied plans to launch an attack.

Peter Harrell, who sits on the National Security Council, said last month that "heavy hitting financial sanctions" were part of a strategy to hurt Russia's economy but spare its citizens.

"The goal of the financial sanctions is really to have short term upfront costs on Russia, to trigger capital flight, to trigger inflation, to make the Russian central bank provide bailouts to its banks," he said in a speech late last month.

Also read | Did Russia give orders to 'attack' Ukraine? US media cites intel inputs that were apparently known to Biden

The tough warnings have put some U.S. financial firms on edge. Members of the financial services and payment industries have been in touch in recent days with the U.S. Treasury Department's Office of Foreign Assets Control, which administers sanctions, sources said.

Tensions grew over the weekend as Russia extended military drills in Belarus, heightening fears among Western powers of an imminent Russian invasion of Ukraine.

Biden and Putin on Sunday agreed in principle to a summit, France said, offering hope conflict could be avoided.

British Prime Minister Boris Johnson said the United States and Britain would cut off Russian companies' access to U.S. dollars and British pounds if the Kremlin orders an invasion.

The Biden administration has been similarly aggressive in its rhetoric. In a briefing on Friday, Deputy National Security advisor Daleep Singh told reporters that the cost to Russia of an invasion would be "immense, both to its economy and its strategic position in the world."