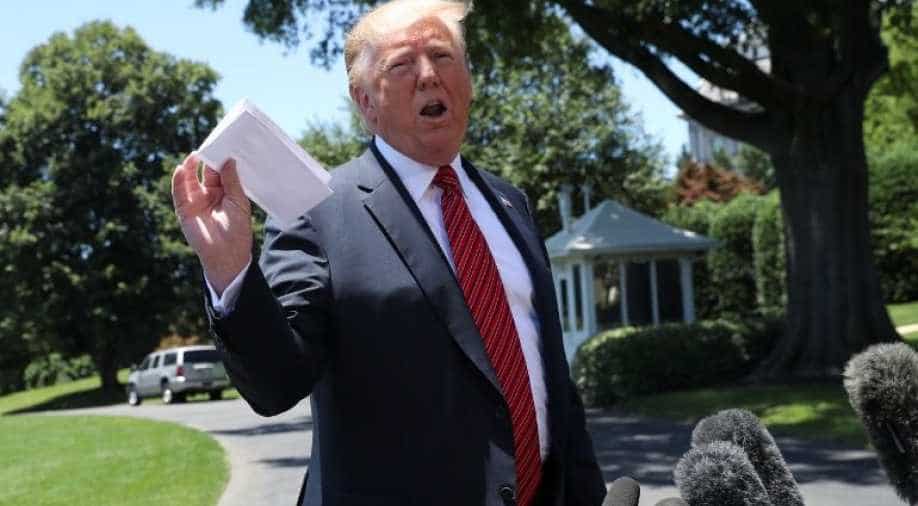 The decision opened a new front in a years-long effort to obtain copies of the president's tax returns.

A federal judge on Monday dismissed US President Donald Trump's bid to block access to years of his personal and corporate tax returns, saying sitting presidents are not immune from criminal investigations.

In a 75-page ruling, US District Judge Victor Marrero rejected Trump's argument, saying such vast immunity would "operate to frustrate the administration of justice" by putting the president's personal and professional affairs off-limits.

"This court cannot endorse such a categorical and limitless assertion of presidential immunity from judicial process," Marrero wrote.

"The Court cannot square a vision of presidential immunity that would place the President above the law," added the US District Court judge for the Southern District of New York.

The decision opened a new front in a years-long effort to obtain copies of the president's tax returns, which he promised during the campaign to make public after an audit - but has since refused to share.

Lawyers for Trump immediately appealed to the US Court of Appeals for the Second Circuit, which issued a temporary stay of the judge's order, Jay Sekulow, a lawyer for the president, said in a statement.

Trump had filed suit against Manhattan District Attorney Cyrus Vance Jr, who had subpoenaed the accounting firm Mazars USA, seeking access to the president's returns dating back to 2011.

Vance is investigating payments made by Michael Cohen, Trump's former personal attorney, to Stormy Daniels, an adult film actress who claimed to have had a sexual liaison with Trump before he ran for president in 2016.

Cohen is currently serving three years in prison after admitting paying hush money - in violation of campaign finance laws - to Daniels and another woman, tax fraud, and lying to Congress.

Trump has declined to release his tax returns, claiming they were under audit by the Internal Revenue Service, and there have been various attempts to obtain them, including by the Democratic-led House of Representatives.

Trump lashed out on Twitter at the move by Manhattan prosecutors following Judge Marrero's ruling.

"The Radical Left Democrats have failed on all fronts, so now they are pushing local New York City and State Democrat prosecutors to go get President Trump," he tweeted.

"A thing like this has never happened to any President before. Not even close!"

Trump broke with a long-established norm during the 2016 presidential election by refusing to release his tax returns as most presidents have done since the 1970s even though it is not required by law.

California's governor signed a law in July that would prevent Trump from appearing on the state's primary ballot unless he discloses his income tax returns.

"These are extraordinary times and states have a legal and moral duty to do everything in their power to ensure leaders seeking the highest offices meet minimal standards," California's Democratic Governor Gavin Newsom said at the time.

"The disclosure required by this bill will shed light on conflicts of interest, self-dealing, or influence from domestic and foreign business interest," Newsom said.

The California law means any candidate for president must file five years' worth of returns in order to contest primary elections in the country's most populous state.

The bill was passed by California's heavily Democratic legislature.

The law is being challenged in court by Trump's lawyers and is not expected to seriously impact his bid for the 2020 Republican nomination.