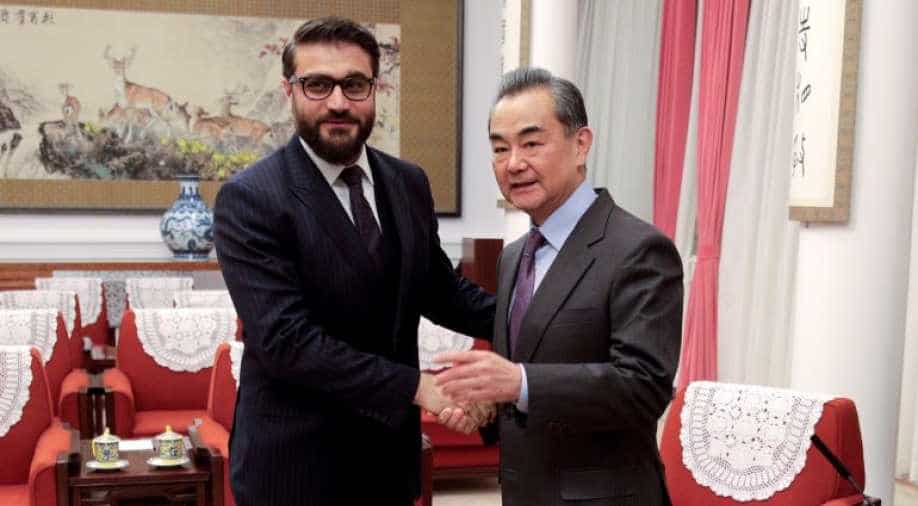 A senior US diplomat has told Afghan President Ashraf Ghani that US officials will no longer deal with his national security adviser.

In the fallout from a feud over US-Taliban peace talks, a senior US diplomat has told Afghan President Ashraf Ghani that US officials will no longer deal with his national security adviser, four knowledgeable sources said on Monday.

The decision to end US contacts with Hamdullah Mohib will almost certainly raise tensions between the allies over Kabul's exclusion from negotiations that have mainly focussed on a US troop pullout and how the Taliban would stop militant groups from using Afghanistan as a springboard for attacks.

The following day, US Undersecretary of State for Political Affairs David Hale told Ghani by phone that Mohib would no longer be received in Washington and US civilian and military officials would not do business with him, the sources said.

"Hale called Ghani and told him that Mohib is no longer welcome in DC The US will not deal with him in Kabul or in DC any more," said a former senior Afghan official, who like the other sources requested anonymity because of the issue's sensitivity.

Kabul fears that Washington is intent on finalising a US troop pullout to fulfil a vow by President Donald Trump, undermining its ability to reach a political pact with the

Taliban that preserves gains, such as women's education, won since the 2001 US invasion ended the militants' harsh version of Islamic rule.

The former Afghan official said he saw the move as an effort to compel Ghani to "oust" Mohib, who became the president's national security adviser after serving as his envoy to Washington.

A second source, a congressional aide, agreed that pressuring Ghani to end contacts with Mohib was "one way of looking at this" because the State Department provides funding for the Afghan president's national security council staff.

The State Department declined to comment. The Afghan embassy did not immediately respond to a request for comment.

Simmering tensions over the Afghan government's exclusion from the US-Taliban talks in Doha, Qatar, erupted with Mohib's attack on Khalilzad, an Afghan-born US diplomat, at a news conference in Washington.

He accused Khalilzad of giving the Taliban legitimacy while "delegitimising the Afghan government." He added that Khalilzad perhaps was trying to create "a caretaker government of which he would then become viceroy."

Viceroy was the title of the colonial administrator of British-ruled India.

The State Department responded with a strong statement quoting Hale as telling Mohib later Thursday that his comments "only serve to hinder the bilateral relationship and the peace process."

The latest round of peace talks ended on March 11 after 16 days. The sides reported progress, but no accord on withdrawal of US-led international forces and the Taliban's counter-extremist assurances.

US negotiators also are pressing the insurgents to accept a ceasefire and talks with Afghan society representatives, including government officials. The Taliban have refused to talk to Ghani's government, which they deride as a US puppet.

In an interview on Monday with Reuters, Afghanistan's ambassador to Qatar, Faizullah Kakar, said that another country should not be negotiating on the use of Afghan territory by militants.