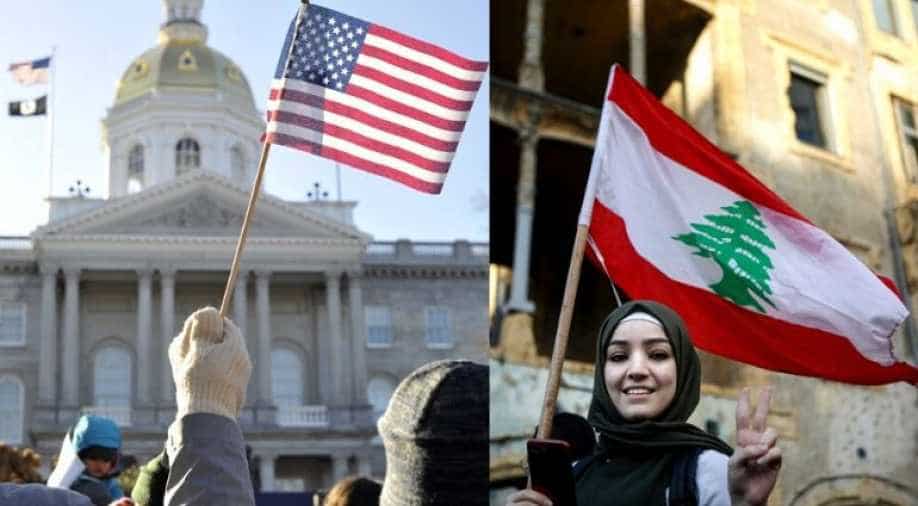 President Donald Trump's administration said Monday it has released $100 million in military assistance to Lebanon that had been quietly frozen for months amid US complaints about the clout of Hezbollah.

A State Department official and a congressional aide, both speaking on condition of anonymity, said that the assistance has been unblocked by the White House's Office of Management and Budget.

"The money is good to go," the State Department official said.

The Trump administration has been tight-lipped on the reason for the hold-up in support for Lebanon but has been pressing the government to distance itself from Hezbollah, the Shiite militant movement close to Iran.

Prime Minister Saad Hariri, who included Hezbollah members in his cabinet, resigned a month ago in the face of major street protests.

The State Department official said there had been "some disagreements about the efficacy of US aid" to the Lebanese Armed Forces.

But the official defended the military as a "national institution" in a country long divided on confessional lines, and praised its "high level of capability" in fighting extremists such as Al-Qaeda and the Islamic State movement.

"It defends Lebanon's borders; it is an excellent partner to the United States in counterterrorism and fighting Sunni jihadi Islamists," the official said.

"They have responded in recent weeks, I think in impressive fashion, in terms of protecting demonstrators from violence, demonstrating, I think, the fact that they are a national institution," he said.

Watch: Hezbollah accuses the US of interference in Lebanon

But the official said that detractors pointed to "isolated incidents" in which the military has kept its distance from Hezbollah, considered a terrorist group by the United States.

The militant group has fought Israel for decades, including through a guerrilla campaign to end the Jewish state's occupation of southern Lebanon.

Hezbollah still maintains a formidable arms stockpile with support of Iran and by some experts' measures is more powerful than the Lebanese army.

David Hale, the number-three official of the State Department, last month confirmed the delay in the aid when he was questioned under oath by Congress in the impeachment inquiry into Trump.

Asked about the freeze in aid to Ukraine, a key element of the impeachment question, Hale said that he learned in June that assistance was on hold to both Ukraine and Lebanon "without any explanation".

Two senior Democrats, in a recent letter to the White House, said that hold affected $105 million in aid to Lebanon including military vehicles, weapons and ammunition.

"I'm pleased to see this critical aid finally resuming. Our assistance is crucial to help Lebanon counter Iran-backed Hezbollah and other groups threatening the region," Deutch wrote on Twitter.

There has been no allegation that Trump stopped the Lebanon assistance for personal political gain, the central allegation in his delay of $400 million in military aid to Ukraine.