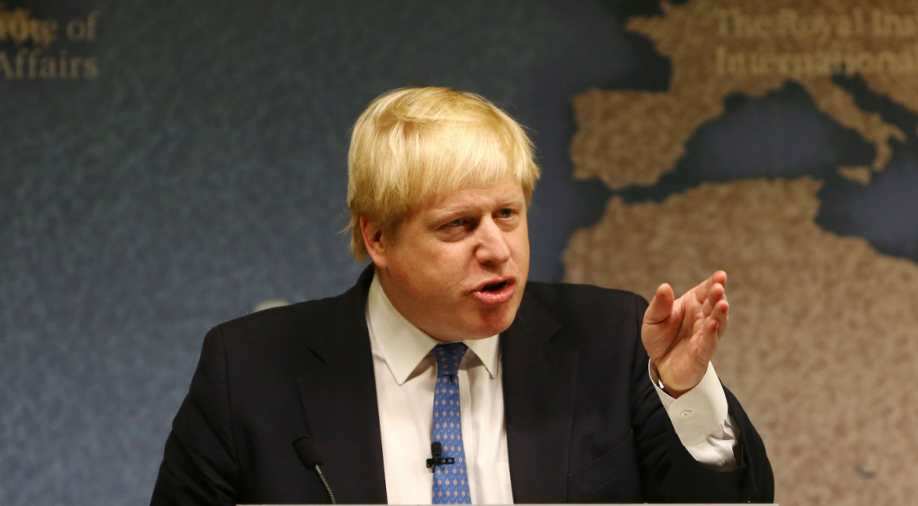 Former interior minister Amber Rudd on Thursday called on Johnson to denounce reports that some of his supporters were lending their support to other candidates in order to get his less favoured rivals eliminated.

Conservative MPs began voting on Thursday to finally decide who will join Boris Johnson in the final two battling to become Britain's next prime minister, with three contenders jostling for the second spot.

Two rounds of voting are scheduled to whittle the four down to two, though Johnson, barring a spectacular collapse in support, already has more than enough backing to ensure he cruises through.

The last two will then face 16 hustings meetings around the country and two televised debates before Tory party members send in their postal votes to pick a new leader.

The winner will be announced in the week beginning July 22 and then take over from Theresa May as prime minister.

In Wednesday's third ballot of 313 MPs in the governing, centre-right Conservative Party, former foreign secretary Johnson came first with 143 votes, ahead of Hunt on 54, Gove on 51 and Javid on 38.

Thursday's fourth ballot to whittle them down to three opened at 10am (0900 GMT), with the result to be declared at 1pm.

Thursday's double round of voting will see candidates frantically scrambling for their colleagues' support -- and arm-twisting galore.

Before Wednesday's vote, Stewart said he had been speaking to Gove about potentially joining forces.

Hunt has come second to former London mayor Johnson in the first three rounds and pledged: "If I make it to the final I will put my heart and soul into giving him the contest of his life."

Gove said: "I'm determined to make this a contest of ideas."

Home Secretary Javid was upbeat, saying: "We can do this!"

Former interior minister Amber Rudd on Thursday called on Johnson to denounce reports that some of his supporters were lending their support to other candidates in order to get his less favoured rivals eliminated.

"This is a serious moment," she told BBC Radio. "We don't need that sort of game playing going on in parliament."

His supporters were reported by the Daily Telegraph to be plotting to eliminate Gove in revenge for bringing down Johnson's previous bid to become prime minister in 2016.

Bookmakers say Johnson has a 10 in 11 chance of becoming the next Conservative leader.

May stepped down as Conservative leader earlier this month over her failure to deliver Brexit on time, although she remains prime minister until her successor is chosen.

May has not revealed who she has voted for. She has repeatedly told journalists "none of your business!" after voting and said she had not even told her husband.

Finance minister Philip Hammond has also kept mum on who he is backing.

All four candidates say they will threaten to leave the EU with "no deal" in a bid to change the withdrawal agreement text, which Brussels has so far said will not be reopened.

"It will be a diminished country. It is unavoidable," he warned.

Johnson and Javid insist Britain must leave on the twice-delayed October 31 exit date, while Hunt and Gove are prepared to delay further if a divorce deal with Brussels seems close.

In his annual Mansion House speech to London banking bigwigs, Chancellor of the Exchequer Hammond will say he cannot imagine any Conservative government "actively pursuing a no-deal Brexit".

According to his Treasury ministry, he will say it would risk breaking up the United Kingdom, Britain's economic prosperity and triggering a general election that could put Jeremy Corbyn, the main opposition Labour Party's left-wing leader, into Downing Street.