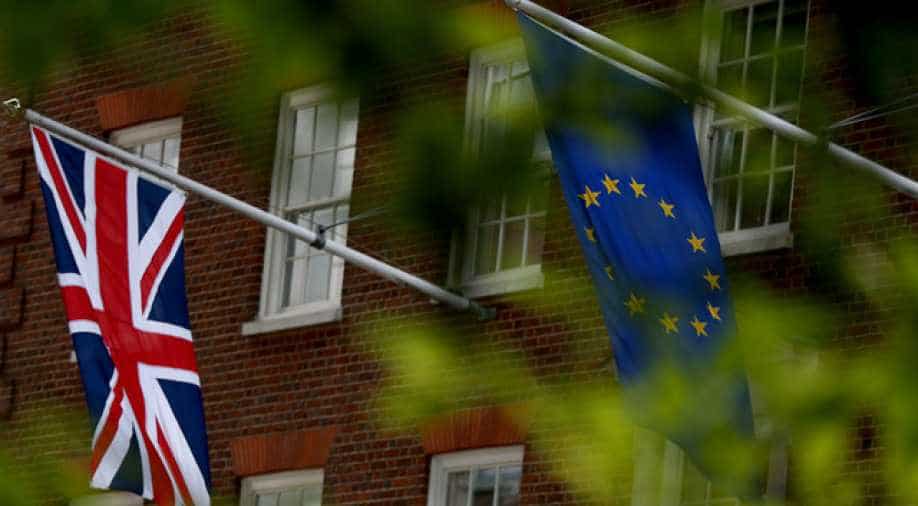 With just over two months to go until the scheduled date of Brexit on March 29, and with no divorce deal in place, Britain faces the prospect of an imminent and chaotic departure from the European Union after 46 years of membership.

The British government on Wednesday played down concerns that Brexit is scaring away businesses after Sony said it was moving its European headquarters to the Netherlands amid a bitter political stalemate in London.

With just over two months to go until the scheduled date of Brexit on March 29, and with no divorce deal in place, Britain faces the prospect of an imminent and chaotic departure from the European Union after 46 years of membership.

Britain "is an attractive destination for foreign direct investment — and that during the time where there's been uncertainty over Brexit," Fox said.

Japanese electronics giant Sony said it was moving its headquarters' registration by the end of March to avoid Brexit-related customs issues.

Its rival Panasonic last year also moved its European headquarters from Britain to the Netherlands over concerns about potential Brexit-related tax issues.

Several other Japanese firms, including megabank MUFG, Nomura Holdings, Daiwa Securities and Sumitomo Mitsui Financial Group, have said they are planning to move their main EU bases out of London since the 2016 Brexit vote.

France, Germany, Ireland, Luxembourg, and the Netherlands have all benefited from companies moving out of London, although the large impact predicted by some on Britain's financial sector has so far failed to materialise.

Dutch officials are in contact with more than 250 companies about a possible post-Brexit move, the government there said Wednesday.

The Dutch government will announce a final figure in February but "every new arrival of business, big or small, is a success," Michiel Bakhuizen, a spokesman for the Netherlands Foreign Investment Agency, told AFP.

EU 'ready to be more ambitious'

Britain has been in a state of political upheaval since last week when parliament rejected the withdrawal deal negotiated by Prime Minister Theresa May with the EU, leaving the UK on course for a no-deal Brexit on March 29.

Brussels negotiator Michel Barnier on Wednesday warned the British government would still face a multi-billion euro divorce settlement with the EU under such a scenario.

Some anti-EU campaigners, opposed to a negotiated settlement with Brussels, baulk at the idea of settling a bill that their own government estimates at £39 billion (44 billion euros) to cover outstanding obligations.

But Barnier, in interviews with several European newspapers, said the bill would still be due.

"For the EU budget, we've always said one simple thing: the totality of the commitments made by the United Kingdom while still an EU member will be respected," the senior EU official said, according to Le Monde.

Separately in the interview, given also to Luxemburger Wort and Poland's Rzeczpospolita, Barnier restated the consensus EU position that the withdrawal deal must stand and that it is up to May's government to find a way to save it.

But he suggested that Brussels would be flexible and modify the political declaration on hopes for future ties, agreed alongside the binding withdrawal deal if Britain were to compromise on May's positions.

"We are ready to be more ambitious if the British decide to shift their red lines, for example by remaining in a customs union, or participating in the single market," he said, according to the Luxemburger Wort.

"I believe there is a readiness in London for that."

The political crisis in London comes against a backdrop of growing economic gloom, with business leaders warning politicians of the effects of Brexit uncertainty.

A Confederation of British Industry survey of 326 manufacturing firms on Wednesday found that new orders flattened in the quarter to January and sentiment about both the business situation and export prospects tumbled.

Business concerns are particularly high over the prospect of a no-deal Brexit, which could immediately impose high tariffs on key exports such as food and cars.

A disruptive Brexit could also have a major impact on transport hubs such as ports and airports.