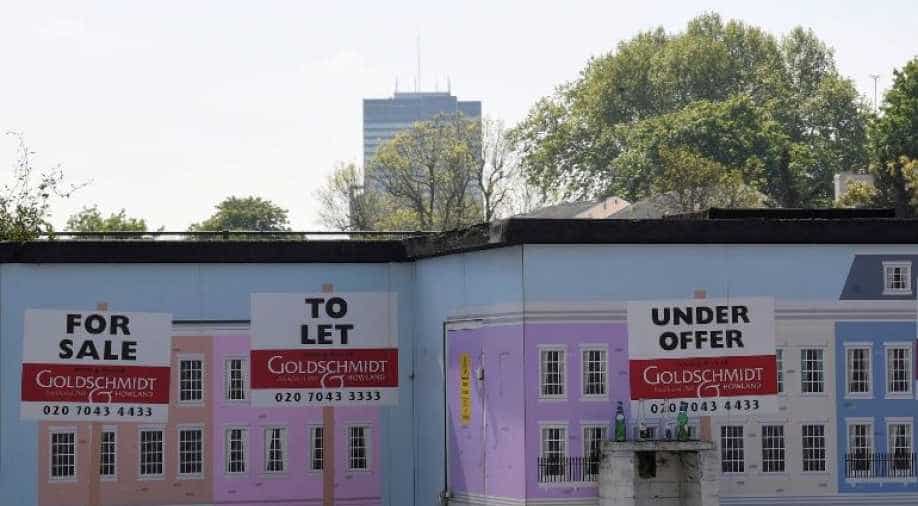 An estate agent property advertisement is seen painted on a wall in London, Britain, May 15, 2019 Photograph:( Reuters )

Britain's house prices fell in annual terms for the first time since 2012 in June as the country reeled from the coronavirus shock to the economy, mortgage lender Nationwide said on Wednesday.

Nationwide said its measure of house prices fell by 0.1% compared with June of last year.

A Reuters poll of economists had pointed to an annual rise of 1.0% and a monthly fall of 0.7%.

The government eased restrictions on the housing market in mid-May but data published by the Bank of England earlier this week showed the lowest number of mortgage approvals on record during that month.

Nationwide's chief economist, Robert Gardner, said a further easing of broader lockdown measures in the coming weeks was likely to lead to a slight pick-up in activity in the housing market, but the medium-term outlook remained highly uncertain.

"The raft of policies adopted to support the economy, including to protect businesses and jobs, to support peoples’ incomes and keep borrowing costs down, should set the stage for a rebound once the shock passes, and help limit long-term damage to the economy," he said.

Nationwide said on a seasonally adjusted basis, house prices in June were 3.2% lower than in April.

It said its sample sizes had remained sufficiently large to generate an accurate reading of price changes.

In London, house prices rose by an annual 2.1% over the second quarter and average prices in the capital were just 3% below all-time highs struck in early 2017.

A Reuters poll of property market analysts published last week showed prices in London were expected to fall 5.0% this year before rising 2.0% next year and 4.3% in 2022.