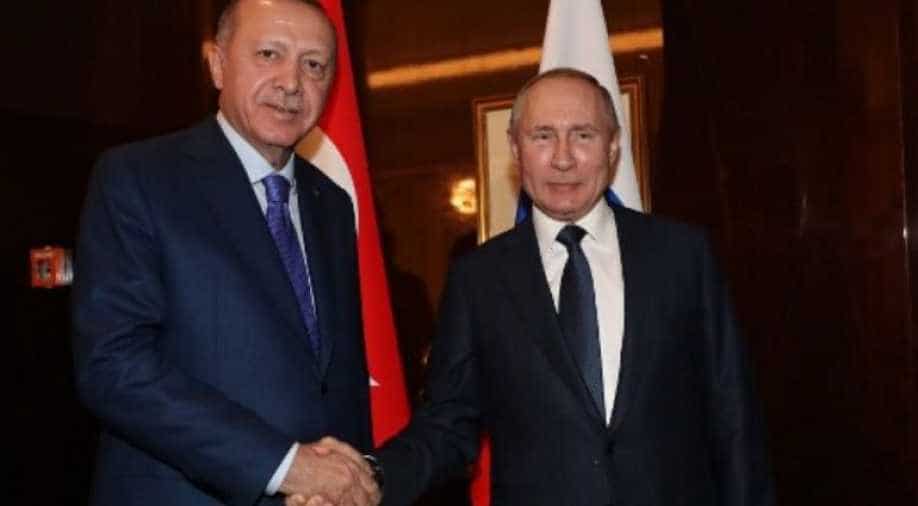 'The president is due to pay a one-day visit to Russia on March 5,' the Turkish presidency said in a statement.

Turkish President Recep Tayyip Erdogan will visit Russia on Thursday for a summit with his Russian counterpart Vladimir Putin to discuss the mounting tensions in Syria, his office said Monday.

"The president is due to pay a one-day visit to Russia on March 5," the Turkish presidency said in a statement.

Turkey confirmed on Sunday that it had launched a full military operation against Russian-backed Syrian forces following increasing clashes in the last rebel stronghold of Idlib.

But it remains determined to avoid direct clashes with Moscow, with which it shares significant defense and trade ties.

Despite being on opposing sides of the conflict, Turkey and Russia have coordinated closely in the past.

They secured a deal in Sochi in 2018 that led to Turkey establishing 12 military observation posts in Idlib to prevent a Syrian offensive and a fresh flood of refugees into Turkish territory.

But Syria and Russia look increasingly determined to regain full control of the area and an offensive launched in December has displaced close to a million civilians, and seen increasing clashes between Turkish and Syrian forces.

The latest escalation followed the killing of 34 Turkish soldiers last week in an airstrike blamed on Damascus.