Turkey not distancing itself from NATO with Russian missiles deal: Minister 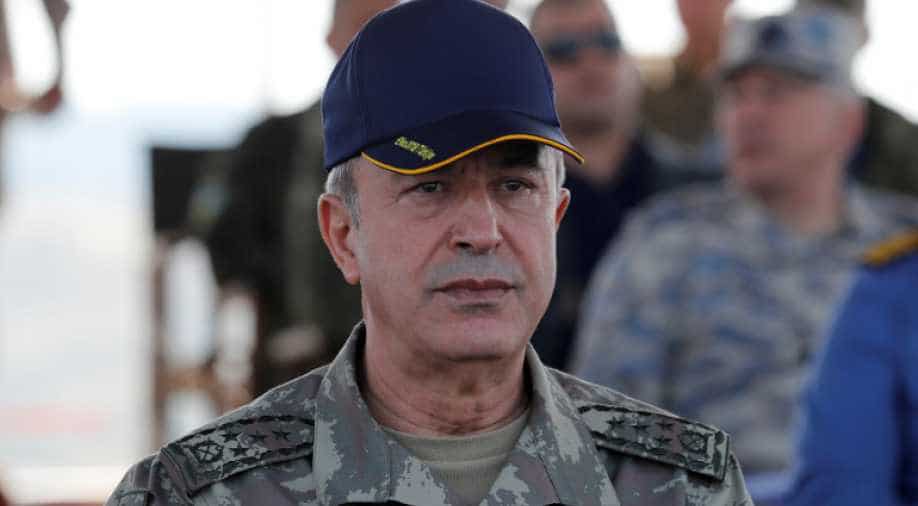 Turkey is not distancing itself from the NATO alliance by buying Russian S-400 missile defence systems, Turkish Defence Minister Hulusi Akar said on Friday, adding that Ankara should not be excluded from the F-35 jet project over the purchases.

Turkey is not distancing itself from the NATO alliance by buying Russian S-400 missile defence systems, Turkish Defence Minister Hulusi Akar said on Friday, adding that Ankara should not be excluded from the F-35 jet project over the purchases.

Turkey and the United States, NATO allies, have been at odds over Ankara`s move to buy the Russian S-400s, which Washington says are not compatible with NATO systems and may threaten the Lockheed Martin F-35 fighter jets, of which Turkey is a prospective buyer and partner in production.

In an interview with broadcaster NTV, Akar said that excluding Turkey from the F-35 project would put "very serious" burdens on the other partners in the project.

"There is no clause saying `you will be excluded if you buy S-400s` in this partnership. Excluding us just because anyone country wants so would not be in line with justice, laws or rights. This should not happen," Akar said.

He said Turkey was trying to explain to the United States and other partners in the F-35 project that the S-400s would not pose a threat to the jets and added that Ankara had taken measures to prevent that.

In his strongest challenge yet to warnings that Turkey may be removed from the F-35 project, President Tayyip Erdogan said on Tuesday that the project would collapse if Turkey did not participate.

While Washington has warned of potential US sanctions if Ankara pushed on with the S-400 agreement, Turkey has said it would not back down from the deal.

Instead, Turkey has proposed to form a working group with the United States to assess the impact of the S-400s but says it has not yet received a response from US officials.

Akar said on Friday Turkey was still evaluating the latest US offer to sell Raytheon Co. Patriot systems, which he said was more positive than Washington`s previous offers.

Turkey said two weeks ago it expected US President Donald Trump to use a waiver to protect it against penalties over the S-400s, after US Secretary of State Mike Pompeo said Ankara could face retribution for the deal under the US Countering America`s Adversaries Through Sanctions Act (CAATSA).