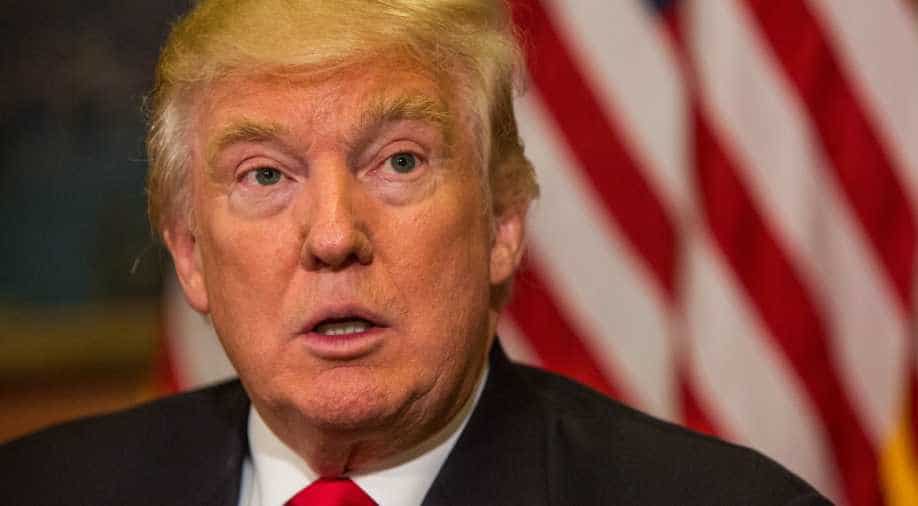 The statement reappeared after journalists questioned the disappearance. Photograph:( Getty )

One of President-elect Donald Trump's most divisive promises, to ban Muslims from entering America, disappeared from his campaign website before reappearing on Thursday.

Trump's campaign staff told US media that text of the pledge, posted in December following terror attacks in San Bernardino, California, vanished because of a technical glitch.

It reappeared after journalists questioned the disappearance.

"The website was temporarily redirecting all specific press release pages to the homepage. It is currently being addressed and will be fixed shortly," the campaign said in a statement.

Trump said in December that Muslim immigrants pose the United States a security threat and called for "a total and complete shutdown of Muslims entering the United States until our country's representatives can figure out what the hell is going on."

It was one of a number of his statements,including a pledge to build a wall on the Mexican border and criticism of women who accused him of sexual harassment, that prompted the greatest backlash against his campaign, with accusations of xenophobia.

Later, he shifted to say immigration should be suspended from any country "that has been compromised by terrorism."

His stance apparently helped win him the presidency with the support of a majority of white, working-class voters.